Camaryn Swanson shot up on the trends list after she filed assault charges against Tyga. Here's what we know about her. 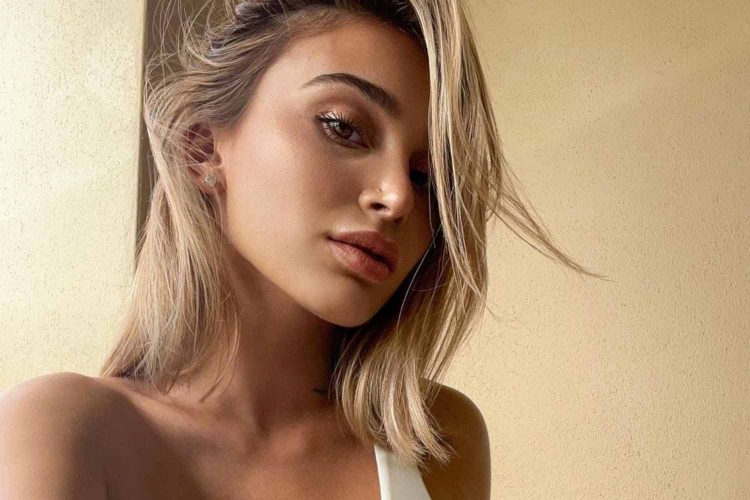 Camaryn Swanson could be the reason Tyga spends time in prison if he is found guilty of felony assault.

The 22-year-old sent social media into pandemonium when she uploaded photos of her battered face on Instagram.

According to text messages leaked by Swanson, Tyga had sent a car over to pick the 22-year-old up at approximately 03:00, on Monday.

It’s believed that between then and 07:14 when Tyga sent his girlfriend a text that read, “hurts so much,” Swanson was allegedly assaulted.

After refusing to cooperate with officers who responded to distress calls at his Los Angeles home, Tyga handed himself over to authorities and was formally charged with felony assault on Tuesday.

At this time, it is unclear if the rapper has been released on bail.

Here are five things you may not have known about Swanson:

She has a sister and they are business partners

Camaryn and sister Elle (aged 19) are co-founders of Meaning of Mine, an apparel company that produces swimwear, loungewear and sport clothing.

Her parents are James and Nicole

Swanson was born and raised in Miami, Florida. She and her younger sister are the children James Todd Swanson and Nicole Ciavatto. James is a project manager at General Dynamics Mission Systems while Nicole is credited as designer at Meaning of Mine.

This is the high school she went to

Swanson is listed as an alumni of Scheck Hillel Community School, a private Jewish institution that nurtures pupils from preschool to high school.

Her high school sweetheart is this guy

A deep dive into Swanson’s past allowed us some insight into her dating life. Years before Tyga came into the picture, the 22-year-old was in a relationship with a fellow Scheck Hillel Community School pupil Adir Levy.

Swanson, in her darkest hour, is experiencing a surge on Instagram. With a profile only eight months old, the 22-year-old has amassed more than 791 000 followers.

In South African currency, she is a millionaire

According to speculations made by Stars Offline, Swanson’s apparel business has garnered the 22-year-old a net worth estimated at R2.2 million ($150 000).