Home » News » Berita made these shocking claims about Nota Baloyi

Berita made a few shocking hints in her revelation that she no longer regards herself as the wife of Nota Baloyi. 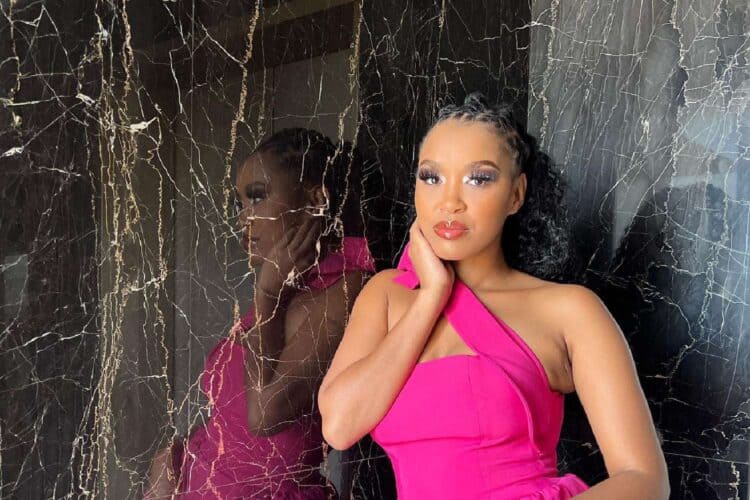 In a series of tweets posted on Monday morning, the Thandolwethu star made it categorically clear that she stood with Ndamase and completely shunned the actions of Baloyi.

The controversial entertainment pundit sent shockwaves across the internet when, during an episode of the Nkululeko n Cultr podcast, he referred to the likes of Ndamase, Ayanda Thabethe and South African black women in relationships with rich men, as objects one can purchase, and even kill at leisure.

“The Mihlali’s of this world. I mean, like, imagine… Like, imagine there’s some guys who think that Mihlali is attractive, and all I think is that [I can buy her]. They don’t understand that if Mihlali’s for sale, that means she’s an object, which means you can kill her if you want to,” Nota nonchalantly claimed.

In response to this bizarre rant, Berita made it clear that she no longer regards herself as Nota’s wife, since she left their home on Thursday, 13 January 2022.

“I have been quiet because my safely has been a huge concern. This man is extremely irresponsible, reckless and unruly. He simply does not listen to anyone. I do not condone his actions. I cannot even begin to count the numerous times he has erred in his speech,” she wrote.

The Siyathandana songstress publicly apologised to Ndamase, vehemently stressing that no woman “should ever have to be objectified and ripped apart publicly or privately.”

Perhaps, the biggest shocker in Berita’s statement was the suggestion that she left her marriage “the day I had to choose between being married and being alive.”

While Berita did not categorically accuse Nota of physical abuse, intimidation or death threats, she did indicate that Nota “needs help with his mental health.”

“I tried my best whilst I was in his life. I tried to also plead with his family about this. He is a really good man, sometimes he means well. He needs help,” she wrote.

Perhaps, you’re asking yourself if, at this time, Nota has made any public statements in response to the backlash? Well, see for yourself:

It’s not lost on me that it was WOMEN who encouraged a troll to slander every WOMAN in my life instead of me. Not all WOMEN but not a single WOMAN stood up & said “never disrespect women claiming to fight for women.” That’s why I fight for women, they can their own worst enemies!

For someone to hate me that much must mean someone they love, loves me more than them… I’m sorry your mothers wish you were like me. I too wish your mothers were as proud of you as my mother is of me. I’m your role model so you can see what it means to be a father’s pride & joy!