Kendrick Lamar opens the third eye on 'The Heart Part 5' 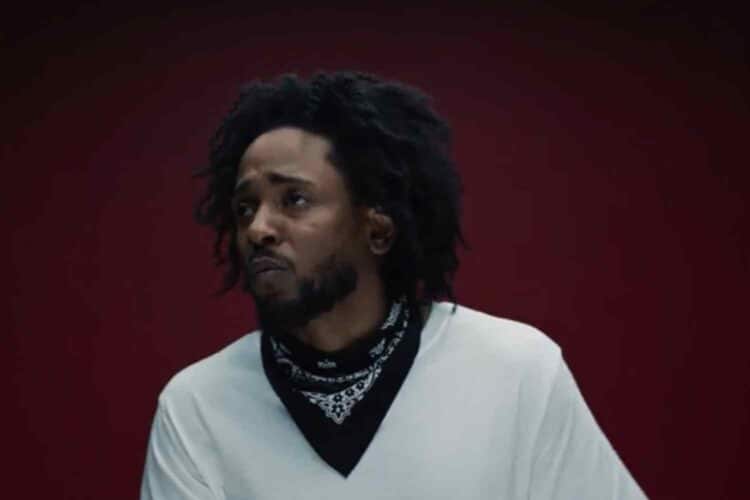 Kendrick Lamar left fans in awe when he popped up unannounced with the fifth instalment to The Heart series.

To kickstart what promises to be an enthralling week of music, the L.A native returned to the music fold with a powerful yet poignant message for his fans: Life is perspective.

In the performance video that accompanied the drop, Lamar uses sharp lyricism to drive the point home about how ‘culture’, a reference used to describe the norms in black communities, is the smoke screen that veils us from the truth.

The single portrait shot of Lamar, in the music video, was, perhaps, a ploy coined by pgLang co-founder and director Dave Free to disarm our senses from the normative structure of video singles.

Instead, we see a fidgety, and closed-off Kendrick Lamar who, at a twitch of an eye, sounds off on third-eye-opening perspectives. Then, interestingly, for every part of his sermon that deals with different aspects of life, he literally shape shifts into a person who drove discourse around a particular subject.

For example, when Lamar touches on mental health in black communities, his face morphs into Kanye West, then into OJ Simpson when he traverses into the rise and fall of black leaders.

Perhaps, the most epic moment from The Heart Part 5 was on the third verse when he channelled Nipsey Hussle and allowed the late rapper to speak through him.

Suffice it to say, it is no surprise that the new single has already garnered more than 1.6 million views on YouTube since its release.

The Heart Part 5 dropped on every digital streaming platform. Here are some reactions from social media:

When Kendrick Lamar turned into Nip and Kobe pic.twitter.com/0yGZcdjMXE

Kendrick picking his face swaps on The Heart Part 5 pic.twitter.com/V7xezwj7lg

Kendrick rapping from Nipsey’s perspective reflecting on his impact while reassuring his family he’s at peace is fucking beautiful.. pic.twitter.com/ns711pyUm4