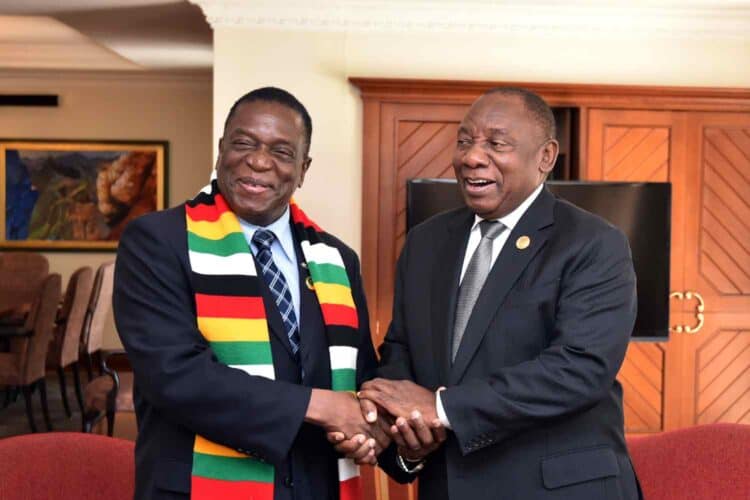 In a fiery statement, the Zanu PF branch in Sandton, Gauteng, lambasted Home Affairs Minister Dr Aaron Motsoaledi as the custodian of xenophobic violence targeted at Zimbabwean nationals, and proposed a ‘pollution levy’ as a response to South Africa’s alleged inaction against attacks on their people.

After a meeting was held on Wednesday 23 December 2021 between the Sandton branch, leaders spearheading the fight against the Zimbabwe Exemption Permit (ZEP) and the country’s ambassador to South Africa, it was determined that the Dr Motsoaledi Aviation Bill was a fitting measure “to assist ZEP holders in South Africa, Zimbabwean truck drivers, and victims of xenophobic violence in that country.”

According to Chitando, the Bill is a direct response to Dr Motsoaledi’s ongoing dissent on Zimbabwean people and their government.

The aviation Bill that will be proposed to Zanu PF structures seeks to introduce a ‘pollution levy’ on all in and outbound air traffic coming to and from South Africa.

Under this Bill, entry to Zimbabwe, from South Africa, would be prohibited until “the pollution levy has been paid by aviation companies to the Zimbabwean government.”

The proceeds collected from the pollution levy, Adv. Chitando explained, would be used to “create a fund to be administered by the Zimbabwean Minister of Finance for an estimated amount of over $10 billion… aimed at providing for the return of ZEP holders, compensation of Zimbabwean truck drivers, victims of xenophobic violence in the Republic of South Africa and planting of flora and fauna in areas in Zimbabwe negatively affected by pollution caused by South African air traffic over Zimbabwe.”

“The Dr Motsoaledi Bill has no punitive agenda. It merely seeks to preserve and defend sovereignty and independence of Zimbabwe as provided for by Section 8 of the Constitution of Zanu PF,” Chitando asserted.

Here is the full statement from the Sandton branch:

Following the release and subsequent spread of the statement from the Zanu PF Sandton branch, chairperson Chitando continued on his tirade and, in a tweet, claimed Dr Motsoaledi is “no different from Botha and the rest.”

Dr Motsoledi has joined a very short list of South African leaders, post 1994, condemned by Human Rights organisations throughout the world; & an even shorter list, of those that made their conduct reach the UK parliament. No different from Botha & the rest. Sad. @HomeAffairsSA

While no formal statement has been released in response to Chitando’s fiery statements, DIRCO’s head of public diplomacy Clayson Monyela noted, in a tweet, his concerns with the controversial Bill.

“I’ve alerted my bosses to that bizarre document,” he wrote.

It's very unfortunate that they've decided to single out Minister Motsoaledi as if he's gone rogue. He's implementing SA cabinet decisions. SA is a sovereign country & its laws (incl on immigration) shud be respected & adhered to. I've alerted my bosses to that bizarre document. https://t.co/XP4grzyDl2