Could it be that the Fourways hippo was slaughtered? Wildlife experts disagree. 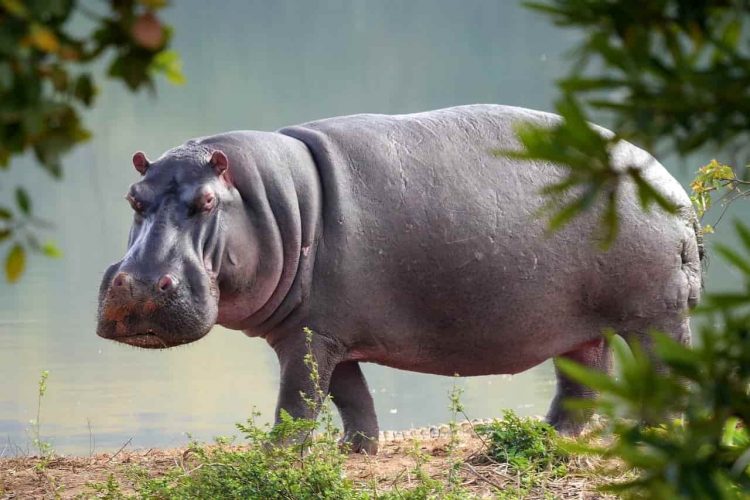 It’s been about four weeks since the hippopotamus (hippo) was seen strolling the streets of Fourways and wildlife search experts have yet to track down the semiaquatic mammal.

Fourways hippo may have returned to its home, experts believe

Reports sprung up in the festive season after the hippo was spotted jaywalking in the quaint Johannesburg suburb on 29 December 2020. Residents were warned to alert wildlife rescuers or the police if they’d come across it, and by all means, avoid making contact with the animal.

However, it seems, the hippo has vanished into thin air. Or, at least, it’s believed that the mammal made found its way back to its homestead in the Hartbeespoort Dam area.

“We suspect that the hippo has been up and down that riverine system for quite a while now, so we are not worried about it finding its way back into the water. If it doesn’t, it will keep moving until it does find water,” Nicci Wright, a wildlife rehabilitation specialist told Times Live.

While the latter holds a greater level of probability, social media has thrown a spanner in the works with wild claims that have left many worried about the poor Fourways hippo.

There is growing talk that the semiaquatic mammal was slaughtered and eaten. Many users driving this narrative are referencing a video that allegedly shows the hippo being slaughtered.

However, despite all efforts, we were unable to source this clip. These are just some of the claims we were able to source on social media on the reported hippo slaughtering:

Guys can’t hippo insurance jump in and save the hippos? Fourways is everything okay? pic.twitter.com/k6ONrCioax

I’m genuinely shocked at this hippo thing hey…. yeeeerrrrrrr!!!! the animal lovers are about to turn fourways upside down

What to do if you encounter the missing hippo

The Gauteng Agriculture Department confirmed to EWN that search operations for the Fourways hippo are ongoing. Residents who come across the animal are encouraged to avoid making contact with it. It will save your life if you simply alert authorities.