Canada invoked the Emergencies Act to put an end to trucker-led COVID-19 protests. 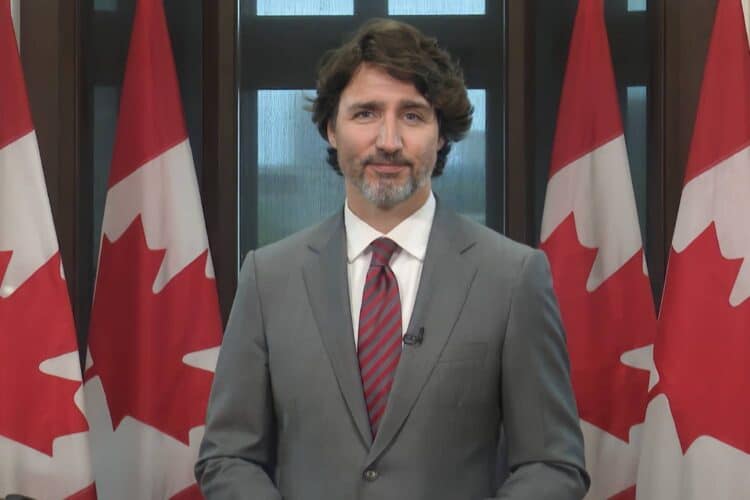 Tensions are rife in Canada after Prime Minister Justin Trudeau invoked emergency powers to disrupt the momentum gained by anti-vaccine truckers in their calls for an end to all COVID-19 health regulations.

In the midst of the anti-COVID-19 uprising in regions like Ottawa and Ontario, Trudeau, on Monday, activated the Emergencies Act, which essentially criminalises peaceful protests and grants law enforcement and the finance ministry overreaching powers.

This decision, he revealed, was not in response to protest action that, in the past week, had halted traffic in the area, but rather, because it was “safe to do so.”

While the lifting of the entry requirement saw the return of normalcy at Ambassador Bridge, it did not discourage peaceful protests from gaining momentum in other regions.

The anti-vax protest in Canada is entering its third week and border crossings in Alberta, Manitoba, and British Columbia are still affected. Some protesters have camped outside the Canadian Parliament, demanding an audience with Trudeau.

In a bid to curb the trucker-led protests’ momentum, Canada granted law enforcement overreaching powers to make arrests where necessary and forced banks to freeze accounts suspected of funding the unrest.

“The blockades are harming our economy and endangering public safety. We cannot and will not allow illegal and dangerous activities to continue,” Trudeau told a news conference on Monday.

This is only the second time in Canadian history that the Emergencies Act has been invoked, and according to activists who took to social media in outrage, the decision by Trudeau was detrimental to his leadership.

“We are making these changes because we know that these (crowdfunding) platforms are being used to support illegal blockades and illegal activity which is damaging the Canadian economy,” Finance Minister Chrystia Freeland said.

Here are some of the reactions we picked out from the outrage:

As we see from Trudeau in Canada, globalist authoritarians want a cashless society. Then it’s easy for them to seize the bank accounts of those who protest against the govt & don’t comply with the WEF agenda. Cash = Freedom which is why we must carry on using it whenever we can.

Canada.
There is something about the act of declaring an emergency over a peaceful mass protest, without first having the basic courage or decency to go and talk to them.

The #tyrannical #fascist of the year has spoken . He’s gone and done it. He’s invoked the #EmergencyAct against his own People..So what will be his next move as he loses even more control ….#Canada pic.twitter.com/uqoJkAuPzr

Canada has proven that technology has made life more convenient- for tyrannical governments.

Canada will get a free pass from the White World, its mouth pieces such as the NYT, SJWs, Nobel peace prize winners and pop culture icons; India won’t.

Which is why, India shouldn’t give a damn and do what is in its best interest. Might – economic and military – is what speaks.

Thus far, Canada’s federal police have arrested 11 protesters for their participation in the ‘Freedom Convoy’ and for carrying firearms and ammunition.

The trucker-led protests have since spread out to Israel, France, Australia, and New Zealand.