7de Laan shuts down production, here are the details

It's not all doom and gloom for the Hillsiders. 7de Laan still has enough episodes in the roll to keep you entertained during #SALockdown.

by Avuya Walters
in Soapies 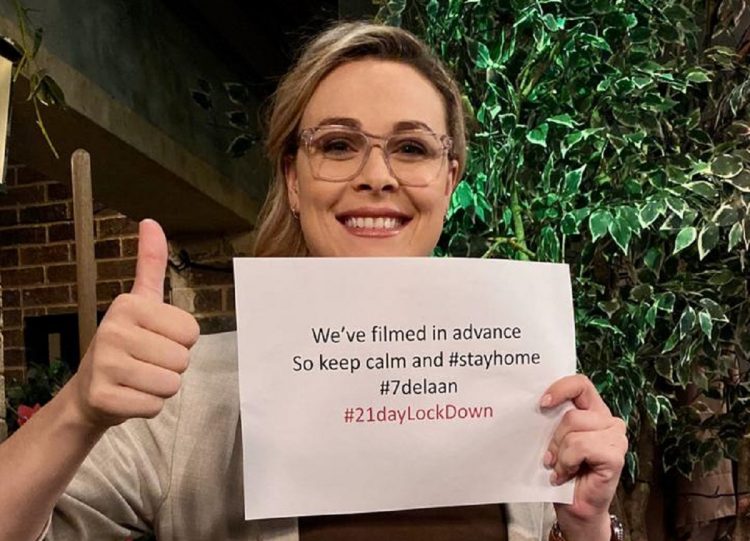 Popular South Africa soapie 7de Laan has indicated that following the announcement made by President Cyril Ramaphosa, all production will be halted until further notice.

7de Laan halts production: This is what we know

The show airs on SABC 2, weekdays at 18:00. However, this pattern may be broken in the near future following the announcement of a nationwide lockdown that will commence at 23:59 on Thursday 26 March.

In a statement, the show’s producers noted that in compliance with the president’s announcement, “Danie Odendaal Productions will discontinue production of the Afrikaans soapie effective [Wednesday] 25 March.”

“As the show is filmed two months ahead of time, we can reassure viewers that 7de Laan has got episodes in production until 25 Mary 2020,” the statement read.

The most crucial part of the lockdown is to enforce an extreme level of social distancing. Thus far, the coronavirus has yet to claim a life but at least 554 South Africans have been infected, two of which are in critical condition in hospital.

“We encourage all citizens to rally behind the president”

The show’s producers have expressed their confidence in Ramaphosa’s decision and called on viewers and the nation at large to stand united in complying with the government’s instructions and containing the spread of the deadly pathogen.

“We encourage all citizens to rally behind the president and comply with all restrictions set in place for the greater good of us all. Our thoughts and prayers at this time are with the essential service providers who continue to serve South Africa. Let our history remind us that in times of adversity and challenges, the human spirit has proven to be unbreakable,” 7de Laan noted.

Tuesday’s episode is available to watch in full.