Following the leak of these viral clips, AKA has hit out at 'sources' who -- he says -- are using the media to influence the SAPS investigation. 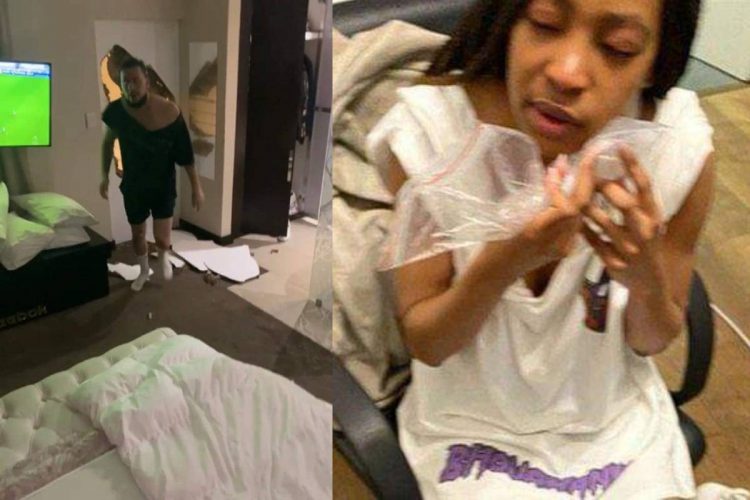 As days draw closer to an impending announcement by Cape Town detectives working on the Anele Tembe inquest, the portrayal of Kiernan ‘AKA’ Forbes as a grief-stricken widower is starting to lose credibility.

AKA prepares his defence – ‘I’m not a suspect’

On Saturday, the rapper caused a stir when he showed up at the virtual Nedbank Cup final pre-show event, two weeks after he had announced that he’d be going off the radar, to embark on a ‘healing’ journey.

Perhaps, the lure of a cheque got the better of the rapper. Alas, Forbes jumping back to the scene so soon after the tragic death of his fiancee may have rubbed friends of the 22-year-old the wrong way.

AKA may have maintained his cool in his return to the public eye, but the pressure of a fightback campaign levelled against him by Tembe’s insiders forced the rapper into addressing the ‘narratives’ building around his alleged culpability in the 22-year-old’s death.

“I am fully aware of who the ‘sources’ engaging media are and what their intention is, which is to influence the SAPS inquest — which the investigating officer has stated numerous times to my legal team and to them, that I Kiernan Jarryd Forbes have not been named to be a suspect, but have been nothing but a cooperating witness,” AKA noted.

Watch: AKA in violent altercation with Anele Tembe

This statement came shortly before News24 published an exclusive with screenshots from a video taken on Tembe’s phone a month before she died.

This time, the couple had gotten into a violent altercation at a property in Bryanston, Johannesburg, on 13 March 2021. The screenshots show Tembe’s point-of-view when AKA broke into the room she was hiding in and mounted the bed to get to the 22-year-old.

Just when i thought this AKA thing was over then these pictures, now im really confused ukuthi was he abusive to Anele or… pic.twitter.com/CfNXPqP6RB

Video footage of Tembe in high distress, screaming from the top of her lungs, “you don’t know what he has been doing to me,” leaked on social media.

Here is the footage of Anele and AKA pic.twitter.com/hNqdual0VP

Here is the footage of Anele and AKA pic.twitter.com/hNqdual0VP

It’s still unclear what the reason behind the scuffle was. However, quickly after the video leaked, insiders from the rappers camp published images of an AKA with bruises on his face.

This was accompanied by a video taken by the rapper, where he pans across the room to document the damage allegedly caused by Tembe who, according to AKA, was biligerent from a ‘bad’ trip.

What is going on here Nellie went through a lot
Anele
Kiernan
Bonang
Scoop
Aka pic.twitter.com/U1aC6olJUb

Police investigating Tembe’s death have yet to issue an announcement into their inquest. For now, no suspects have been named and it remains to be seen what the official status of the case docket will be.