Tulbagh authorities have turned to the public for help in the multiple homicide investigation. 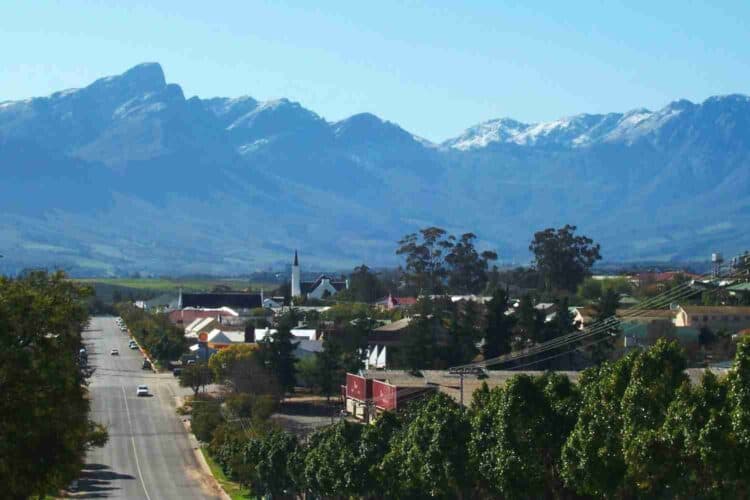 Tulbagh police are investigating a mass murder that took place on Saturday evening, and without fresh leads in the ‘first 48’, a R100 000 cash reward has been made available to any persons with information on the case.

A day after putting up an R100 000 cash reward for information on the case, police released a statement confirming the arrest of a suspect believed to be linked to the mass murder.

“Detectives attached to the Western Cape Serious and Violent Crime Investigation Unit pursued all avenues and conducted their search for a known drug dealer in the local Marikana informal settlement which resulted in the arrest of a 29 year old undocumented Lesotho national,” the statement read.

The unidentified man will make his first court appearance on Thursday, where he faces four murder charges and attempted murder.

In a statement, Captain Andre Traut confirmed the incident took place at a residence situated on Jooste Street in the Cape Winelands. According to information gathered thus far, five males were ambushed at approximately 21:00 by unidentified gunmen, who unleashed a hail of bullets, killing four victims instantly.

The fifth victim, a male whose identity is not known as yet, was miraculously still alive when police arrived at the crime scene. He was rushed to a nearby medical facility for life-saving treatment. While his latest condition is not known, it’s believed he will make a successful recovery.

The surviving victim, and four other occupants who were at the residence at the time of the shooting will be crucial in providing investigators with a detailed description of the gunmen.

“Four males aged 30, 32,33, and 37 were killed and a fifth male was admitted to hospital. The three females and one male escaped the attack unharmed,” Traut revealed.

Apart from the surviving victims of the shooting, police have no other reliable eyewitnesses and no information on the suspects involved in the heinous murders. Fearing the possibility of losing momentum in a mass murder investigation, Tulbagh authorities have issued an R100 000 cash reward for information that will lead investigators to the suspects involved in the killings.

The case, Captain Traut confirmed, is being handled by the Western Cape Serious and Violent Crime Investigation Unit and two officers, Brigadier Makhaya Mkabile and Lieutenant Colonel Bonginkosi Libaya, are tasked with “standing by to take your call and it is your choice to remain anonymous.”