A taxi war brews in Tongaat. 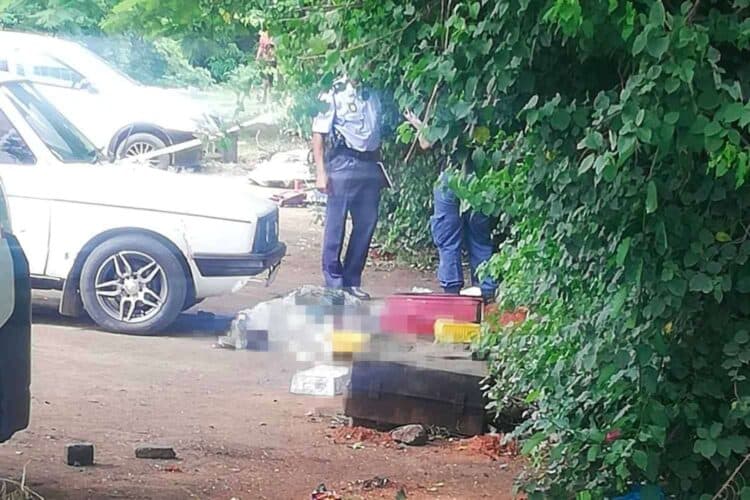 Gopalall Hurbans Road in Tongaat, KwaZulu-Natal (KZN), hosted a grisly crime scene on Wednesday after a renowned taxi boss was ambushed in a planned assassination.

According to Reaction Unit South Africa (RUSA), a private security firm that works closely with the South African police, the 60-year-old was at a local mechanic getting one of his vehicles repaired when, suddenly, he was struck by gunfire.

Local law enforcement officials were alerted of the brazen assassination at approximately 13:41 and by the time paramedics arrived at the grisly crime scene, it was too late as the Tongaat taxi boss had been declared dead.

The 60-year-old was bagged and transferred to a nearby pathology facility where forensic processing took place.

WARNING: The images embedded below depict scenes of a graphic nature and may be harmful to sensitive viewers. Viewers’ discretion is strongly advised.

Homicide investigators in Tongaat may focus on the taxi boss’ network and the tracing of the high-calibre ammunition that was used in the brutal murder as a start in piecing together the murder.

Already, eyewitness accounts suggest that the men who did this sped off in a white Volkswagen Polo, in the direction of Emona, From what we understand, a team of RUSA officials followed the trail but the search was fruitless.

As things stand, the Tongaat taxi boss’ murder has not been linked to any ongoing taxi violence in the region and, close to 24 hours since the incident, no suspects have been arrested.