Two innocent bystanders were gunned down during a brazen robbery in KwaDukuza. 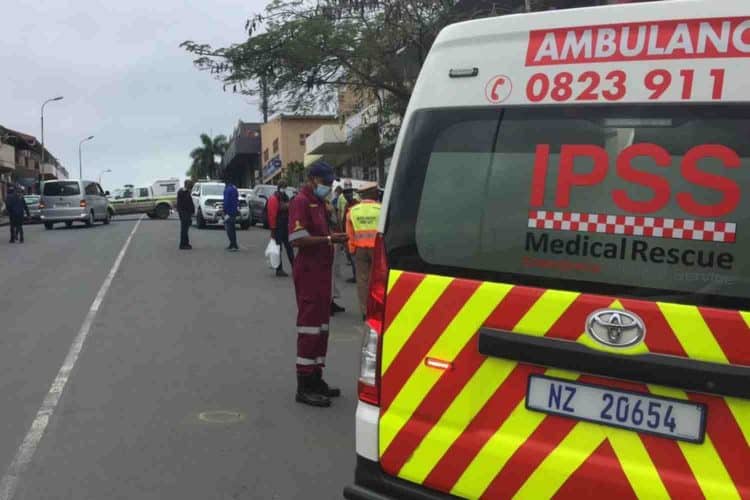 An area of the central business district in KwaDukuza, KwaZulu-Natal (KZN), has been cordoned off after a cash van was allegedly ambushed by armed gunmen.

What happened in KwaDukuza?

According to reporter Desan Thathiah, chaos erupted in the KZN town on Monday morning, when an unknown number of armed robbers opened fire on armed security guards.

Details around the incident are still very sketchy at this time. However, from what we understand, at least two bystanders were struck. At the time this article was published, emergency officials from IPSS Medical Rescue had confirmed the deaths of the innocent victims who are only at the wrong place, at the wrong time.

The identities of the victims are still unknown, at this stage.

Two bystanders have been shot during a robbery in KwaDukuza a short while ago. It’s believed a cash van was picking up money at a store in the CBD when criminals opened fire on security guards. #eNCA @IPSSRescue pic.twitter.com/ZVj8YnEXZC

Based on early reports trickling in from the scene of the crime, it’s believed that the attack was premeditated. The unknown robbers were allegedly targeting a cash van that was picking up money at a store.

Somewhere between the arrival of the cash van and the exchange of the money, the unidentified robbers allegedly pounced, gunning down everything in their path.

it remains unknown if the robbers managed to get away with the money. It is also unclear, at this stage, if the security guards were struck. It is presumed that the alleged robbers are still at large.