The shark was spotted by a hiker moments after it killed a beachgoer. 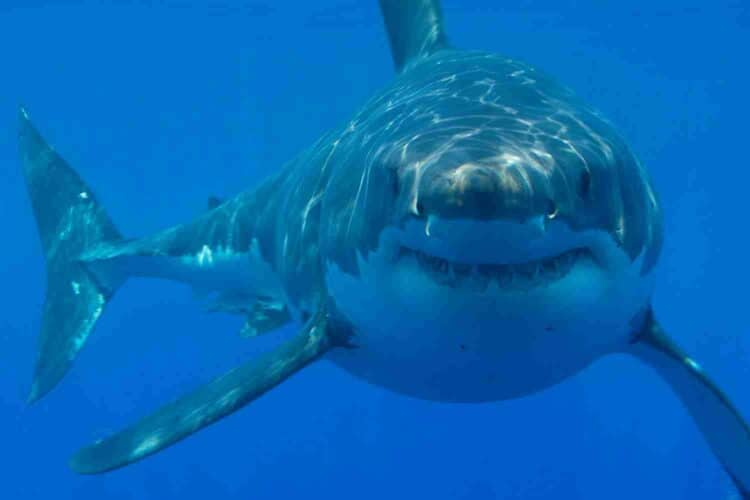 Beachgoers in the Bitou municipality, in Plettenberg Bay, will be cautious returning to the ocean a day after a male victim was attacked by a Great White shark.

As reported by Times Live, emergency medical officials were called out to Sanctuary Beach, shortly after 14:09, on Tuesday, when the lifeless body of a male swimmer was spotted floating in the ocean.

A while after the deadly shark attack, a hiker who was enjoying a fine day out at the seaside part of the Robberg Nature Reserve had spotted the shark swimming along the coastline and, completely unaware of the tragedy that had befallen a beachgoer a minute or so earlier, he caught the wondrous sight on camera.

A Great White shark was spotted near the Sanctuary Beach in Plettenburg. A hiker captured this video at 14:10. According to the @NSRI, a deadly shark attack had taken place a minute earlier. Video supplied by Gunnar Sigge. @TimesLIVE pic.twitter.com/GTSfUGwcIV

The tragic death of the unidentified swimmer was confirmed in a statement released by the National Sea Rescue Institute (NSRI).

“NSRI rescue swimmers responded directly to the scene and two NSRI rescue craft were launched. On arrival on the scene the body of an adult male, believed to be a local man, was located and recovered from the water, [placed] at the back surf line, on to an NSRI rescue craft and the body was brought to the NSRI Plettenberg Bay rescue station,” the statement read.

The Great White shark is one of three species responsible for double-digit fatal attacks on humans. While in South Africa, shark attacks are rare, with only 248 unprovoked incidents recorded since 1905, it isn’t outside the realm of probability to face a deathly encounter with the razor-sharp-toothed sea monster.