South Africa can't act on the situation unfolding in Eswatini. Not yet, at least. Here's why. The second wave of Eswatini protests flared up in the monarchical country and these video clips depict the scale of brutality pro-democracy demonstrators have faced.

What started out as a picket led by the neighbouring country’s schools last week has quickly morphed into a human rights crisis. King Mswati III, on Monday, ordered the immediate and indefinite closure of schools nationwide, in response to the boycott led by brave pupils who demanded free education and more democratic reforms.

The Eswatini king blasted pro-democracy protesters as drunkards whose minds are clouded by marijuana smoke, completely ignoring calls from his people to relinquish his totalitarian rule and allow the people to determine the political future of the country.

On Wednesday, a week into the protests, it’s believed more than four protesters have died at the hands of police and army officials, and many more severely injured.

Here are video clips of the unrest that surfaced on social media:

The police stopped this bus and fired teargas inside. Even an insane person wouldn't do that. #EswatiniProtests #eSwatiniLivesMatter pic.twitter.com/oWbG50Xwej

Happening today, Police use live round to shoot innocent Swazis who are unarmed. The internet has been shut down to avoid today's pictures from reaching the world. #EswatiniProtests pic.twitter.com/AqNVT1z4lQ

We have had enough. No scare tactics by the army will frighten us#EswatiniProtests pic.twitter.com/JPl0bIqJB4

People are dying in Eswatini 😢….

Why Ramaphosa has not yet acted on Eswatini

As things stand, no direct intravenous action has been taken by the South African government on the situation unfolding in Eswatini. In a statement, the Economic Freedom Fighters (EFF) urged Cyril Ramaphosa’s government and the African Union (AU) to take decisive action against the “barbaric acts of an illegitimate family government.”

“There will be and should be consequences against a government that lifts up arms of war against its civilian population,” the statement read.

EFF leader Julius Malema confirmed that as soon as the voting process of the 2021 local government elections concludes, the Red Berets will shut all the border entrances into Eswatini to “show solidarity support for the pro-democracy protests.”

Ramaphosa, on the other hand, claims his hands are tied, according to Presidency Minister Mondli Gungubele. South Africa’s president chairs the Southern African Development Community (SADC) and by virtue of the alliance’s mandate to promote cooperation in politics, defence and security, he has a great influence in how things turn out in Eswatini.

However, Gungubele explained that unless a formal request is filed by other SADC member states, there is not much he can do.

“The extent to which South Africa gets involved [in Eswatini] depends on a number of breaches which I think also depends on how Mrs Pandor [minister of international relations and cooperation] and all other heads of state who are involved brief us if there is a need for South Africa to be involved,” the minister explained.

The political community, Gungubele explained, is waiting on a report on the Eswatini protests that first broke out in June and July. Without this official document which will hold a list of recommendations for the SADC chair, there is nothing Ramaphosa can do to intervene with the sovereignty of another nation.

“In South Africa, the belief we have is that if possible, the problems of a different country should be resolved within the instruments that exist within that country,” the minister said in a recent interview. 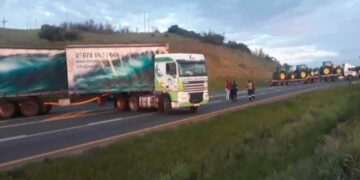 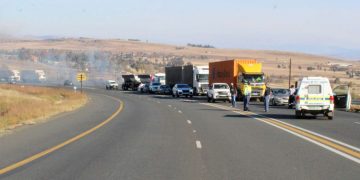