In case you were wondering how Jinx is doing [video]

Jinx got clout and started her own Instagram and probably has more followers than you. 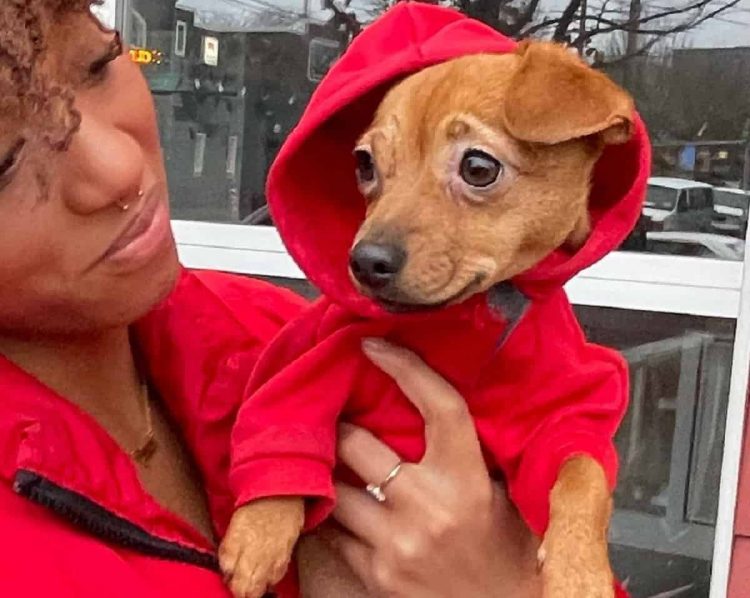 Jinx, the chihuahua, is possibly the most famous dog on the internet right now, and if you’ve found yourself here reading this article, you must be wondering how she’s doing.

Watch: Jinx ate an edible and this is what happened

Dogowner Jai Winchester went instantly viral when, earlier in the week, she posted a video of Jinx completely out of it. Winchester held the chihuahua in her arms and explained why the dog looked as dazed as she was.

The scream I just let out pic.twitter.com/3rC7PTrg5a

The video sparked reactions from the likes of Viola Davis and Tyrese, who all shared the hilarious clip of Jinx high on edibles. Perhaps, the funniest parody came from HaHa Davis. The comedian voiced the thoughts we all imagined Jinx was clouded with when that edible-effect kicked in.

How is the chihuahua doing?

Winchester, basking in the glory of all the attentions she and Jinx have received, explained that the video of Jinx high on edibles was a bit old.

“That video was a little old, like about a week ago,” she explained.

So, by the time it went viral on the internet, she had already recovered from his edibles trip. Although, we did observe the poor chihuahua struggling to handle a twitch in his eye.

That should be nothing to worry about, though. All that love and attention earned the chihuahua enough clout points to start her own Instagram page that, since Wednesday, had already garnered more than 10 000 followers.

Here’s her most recent post, an update on a pet’s life in the limelight:

‘Have Faith’ season 4: Nketsi pregnancy, what to expect, how to watch