The strike hit Eskom hard, with up to 90% of workers absent. 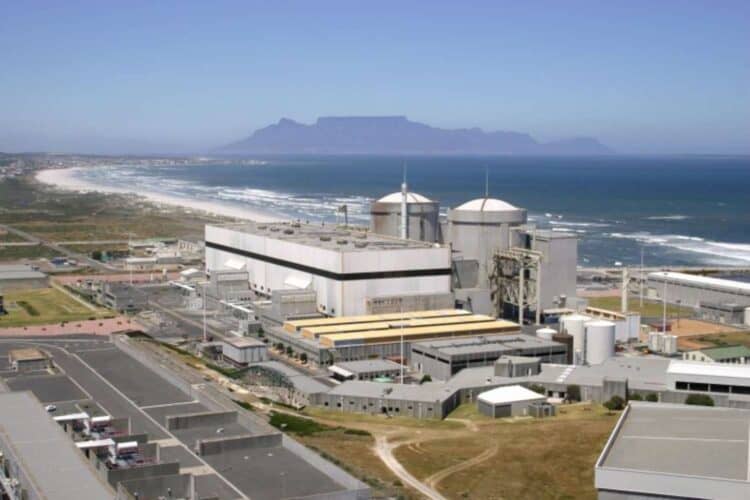 Eskom CEO, Andre de Ruyter, says the power utility will be taking action against workers who embarked on an illegal strike over the past week.

The strike hit the power utility hard, with up to 90% of workers absent from duty – plunging the country into stage 6 loadshedding as a mitigating measure to avoid a system collapse.

De Ruyter said workers at Eskom are not permitted to engage in a strike, as it is considered an essential service.

“We will be taking disciplinary action against workers that have been away unlawfully. That may include the application of the ‘no work, no pay’ principle. Where there are acts of intimidation and violence, the Eskom disciplinary code will apply and we will be processing the various investigations accordingly. Where there are criminal acts, these will be reported to the South African Police Service for them to investigate.

“Eskom is an essential service. Therefore, workers may not go on strike. In addition to the fact that they are essential workers and may not go on strike, we obtained an interdict [against the strike], therefore there is a double breach of the law here. This is an unacceptable situation where the country is held hostage by [these] actions,” he said.

On Wednesday, the power utility said it was expecting workers back at their stations after Eskom agreed to re-engage in wage talks with unions.

According to De Ruyter, this did not materialise with stay-away action continuing.

“The most important point of constrain at this time is the successful return to work of the two unions…. in order to allow us to lift loadshedding. There’s about three stages of loadshedding attributable to the unlawful industrial action, so that is the major factor putting us in the position that we are in right now,” De Ruyter said.

With added pressure on the grid, Eskom’s diesel reserves and dam water reserves are beginning to run low.

“This is something we are addressing. We are sourcing additional diesel supply from whatever source we can. We have not replenished our dams as much as we would have liked to and therefore we unfortunately have to return to stage six loadshedding from 4pm this afternoon in order to safely navigate through our peak period,” De Ruyter said.

De Ruyter said despite these challenges, at least 1 500MW of power is expected back on the grid over the next few weeks.

At least 600MW from Mozambique’s Cahora Bassa hydroelectric power station is expected back by the end of the weekend, following a collapse of one of its pylons.

“The Mozambican company has managed to access the site, which is located in a very remote area. They are busy effecting repairs and it should be restored towards the end of Sunday. So by Sunday, we should see… 600MW from Mozambique returning to the grid [and] that will of course play an important role.

“Koeberg [Nuclear Power Station] unit two will have its refuelling completed on 15th of July. That is on schedule and it will add another 920MW to the grid once the unit returns. Of course, it takes a number of days to ramp up to full capacity,” he said.

Stage six loadshedding commenced from 18:00 on Friday evening, while stage 4 loadshedding will be implemented throughout the weekend.