Arthur Fraser claims to have video evidence that supports his wild allegations. 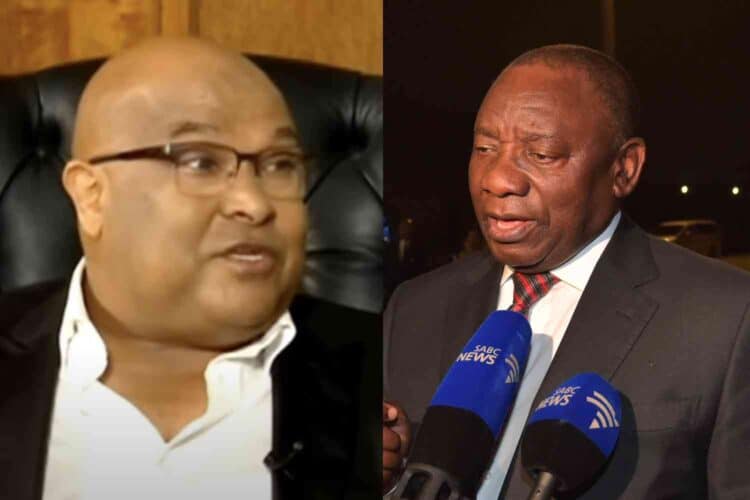 Former State Security Agency (SSA) Head Arthur Fraser has his eyes set on Cyril Ramaphosa, and this time around, the ex-prisons commissioner wants the president jailed for — wait for it — theft!

In a statement released on Wednesday, Fraser revealed he had laid criminal charges against the president for the alleged “theft of millions of US dollars (in excess of four million US dollars) concealed within the premises of the president’s Phala Phala farm in Waterberg, Limpopo.”

According to the former SSA boss, Ramaphosa was allegedly in cahoots with his domestic worker and other suspects he did not name in the concealment of $4 million (est. R62 million), the origins of which are not provided in the statement, back in February 2020.

“The details of the charges and the supporting evidence, including photographs, bank accounts, video footage and names are contained in my statement filed with the Rosebank police station,” he wrote.

Fraser further added that the reason why neither the South African police, the South African revenue services nor the media have heard of these startling allegations is that Ramaphosa allegedly funnelled hush money to his cronies.

Fraser, who recently came under fire for unlawfully releasing his close associate and former president Jacob Zuma on medical parole, implored Ramaphosa to come forth with a response to the charges, which include defeating the ends of justice, kidnapping, forceful interrogation and bribery.

As reported by Mail & Guardian, Rosebank authorities have confirmed the existence of the docket where Ramaphosa is listed as a person of interest in a case of theft.

“I trust that the police and the prosecuting authorities will investigate this matter without fear or favour. I also trust that the President will take the nation into his confidence and accept or deny that the events i describe in my affivadit occurred on his property,” Fraser concluded.

The president and his office have yet to issue a public response to the damning allegations. Read Fraser’s full statement below: