A number of conspiracy theories have popped up sbout Anele Tembe's death and the common denominator points to the last person to see her alive. 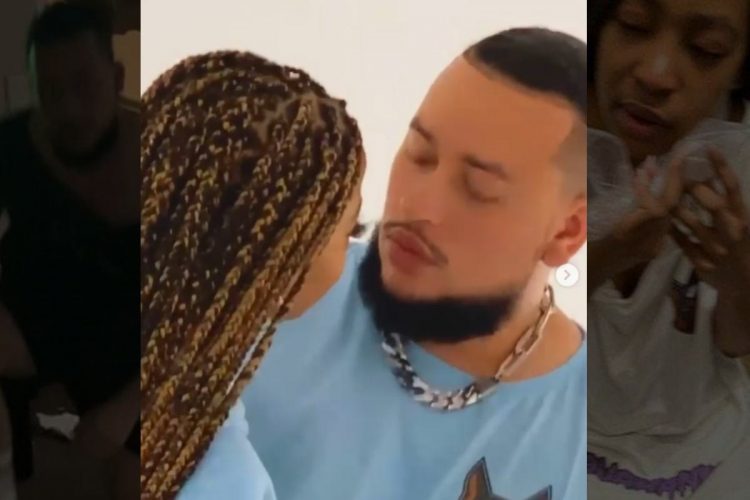 A month has come and gone, and Cape Town police have yet to conclude their inquest into the death of Anele Tembe.

Is AKA hiding crucial information?

The 22-year-old fell from the 10th floor of a popular Cape Town boutique hotel in early April and while the probe into her fatal plunge is still ongoing, the tide has turned against the last person to see her alive — Kiernan ‘AKA’ Forbes.

In the weeks that followed the tragic incident, AKA kept a low profile, only popping up with a statement to announce a hiatus from all things related to his celebrity.

However, it took the rapper only two weeks to return on the fold with performances lined up at the past weekend’s Nedbank Cup final and the Huawei Joburg Day celebrations scheduled for the end of May.

Perhaps, the hardest crunch to his credibility came when videos and pics from a violent altercation between AKA and Tembe that took place a month before she died, surfaced on social media.

According to insiders who’ve been in talks with the media, AKA and Tembe’s relationship was far from peaceful. It’s said the couple fought a lot, with Tembe allegedly being on the receiving end of physical attacks from AKA.

Images of Tembe’s bruised face seem to support the latter. This includes videos where the 22-year-old could be heard screaming, “you guys don’t know what he’s doing to me.”

At this time, AKA has not denied claims that he is an abuser. Instead, the rapper issued a statement this past weekend, stating that as far as he and his legal team know, he is not a suspect in the death of Anele Tembe.

“I am fully aware of who the ‘sources’ engaging media are and what their intention is, which is to influence the SAPS inquest — which the investigating officer has stated numerous times to my legal team and to them, that I Kiernan Jarryd Forbes have not been named to be a suspect, but have been nothing but a cooperating witness,” AKA noted.

Still, this vehement denial did nothing to stop people from drumming up conspiracies on AKA’s alleged culpability in his fiancee’s death.

Did Tembe — with no clothing on — voluntarily jump off that balcony? Was she pushed? Is there something AKA is not revealing to the public?

All of these questions linger on as investigators race against time to conclude the case. Social media also joined in on the Sherlock parade with more conspiracies. Here are a few that we picked out:

How To Get Away With Murder (The #Kiernan Episode) pic.twitter.com/yvHjXfSaqc

A lot of people failed Anele. She was chemically unbalaced and her family knew this called her dramatic. Her father seems happy to dismis her behaviour even when AKA was seeking his advice. Possible drug use just made her behaviour manic. #kiernan

Abusing someone who is going through depression is tantamount to pushing them off from a high building. The question is not whether she jumped or she was pushed, but whether there were contributory factors (like abuse) that exacerbated her suicidal behavior. #kiernan

I still stand by my previous tweets on this matter on the 12th of April.
Anele Casper Bonang #kiernan pic.twitter.com/vY6k4FQANY