In what was a polarising political play, President Cyril Ramaphosa, shortly after concluding the chaotic 2022 budget vote, President Cyril Ramaphosa’s office confirmed the suspension of Public Protector Advocate Busisiwe Mkhwebane. SA politics react to Busisiwe Mkhwebane suspension Mkhwebane’s reputation as a Section 9 custodian hangs on a thread, pending the outcome of her Parliamentary […] 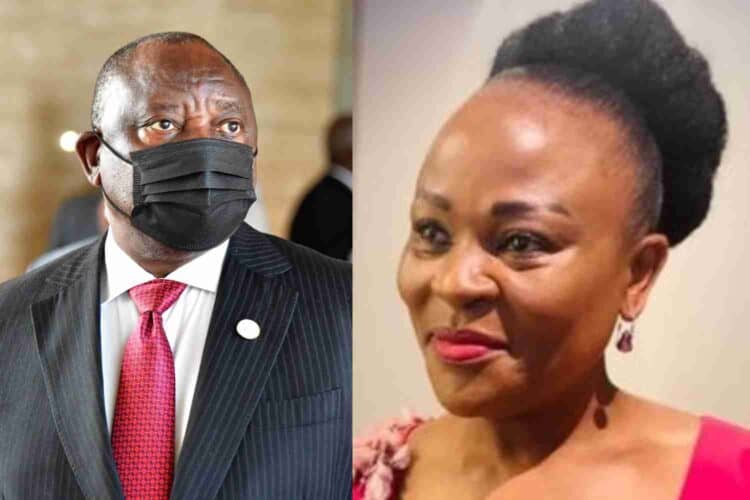 Mkhwebane’s reputation as a Section 9 custodian hangs on a thread, pending the outcome of her Parliamentary hearing, where it will be determined if, in light of her poor record as Public Protector, she is fit to hold office.

Pulling from Section 194 of the Constitution, the Presidency confirmed the suspension of Mkhwebane, effective immediately.

“Advocate Mkhwebane will remain suspended until the section 194 process in the National Assembly has been completed. President Ramaphosa has fulfilled his obligation to provide Advocate Mkhwebane a fair hearing by according her sufficient time and opportunity to make submissions,” Ramaphosa’s office noted.

“President Ramaphosa and Advocate Mkhwebane are both obligated to act in the best interest of the country, in compliance with the Constitution and mindful of the need to protect all Constitutional institutions.

“The President’s decision to suspend Advocate Mkhwebane is the best manner to fulfill these obligations,” the statement concluded.

While her office has yet to issue a formal response to the president’s decision, Mkhwebane, in her personal capacity, took to Twitter to drum up outrage with a cryptic set of tweets that reference Exodus 14:14, which reads:

Do not be deflected #glencore and #farmgate aluta continua

Here are more reactions from SA politics on the Busisiwe Mkhwebane suspension.

Only strong people who get persecuted by the Neo-colonial State. Stay strong Public Protector liduduma lidlule you shall overcome. pic.twitter.com/UacuKtuFYg

A Gangster, Money Launderer, Kidnapper, Briber and Swindler number 1 has chosen to suspend the Public Protector @AdvBMkhwebane! This is unacceptable and must be fought back with everything humanly possible. We can’t allow gangsterism to rule South Africa! Never! https://t.co/Qq7CFMQ2Q9

#publicprotector The mafia king Cyril Ramaphosa has just suspended the Public Protector who was about to investigate him. How self serving?! We live in a gangster state for real.

Ramaphosa is a DICTATOR! pic.twitter.com/DfuTZ938Ah