New details have emerged on the Samsung Galaxy Z Flip 4. 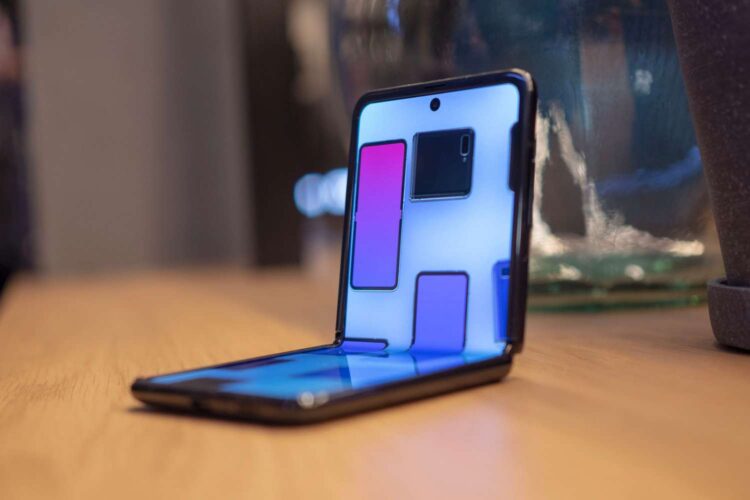 The Samsung Galaxy Z Flip 4 could be shelved in stores sooner than we think if these leaks are anything to go by.

When is the Samsung Galaxy Z Flip 4 released date?

As reported by The Verge, all the talk within tech circles is around the Asian tech giant’s mysterious rollout of its staple foldable smartphone.

Driving the hype around the Z Flip 4’s release is phone enthusiast and veteran leaker Evan Blass, who teased a Samsung-branded poster that includes a date imposed over a blurry silhouette many have speculated to be the upcoming smart device.

While Samsung has yet to vet this information, Blass’ image leak, albeit captioned with “this image has been edited to obfuscate certain detail”, suggests that Apple‘s biggest competitor is preparing to host a product launch on Wednesday, 10 August 2022, with a slew of new releases on the cards, including:

Is this the time to buy Bitcoin?

No official release dates for retail have yet been announced, but according to murmurs from Blass and The Verge, the upcoming products, including the Samsung Galaxy Z Flip 4, could be available on shelves on Friday, 26 August 2022.

What we know about the Samsung Galaxy Z Flip 4 features

Details around the features and specs of the Z Flip 4 are still very much speculative at this juncture. Without an official release announcement from the smartphone manufacturer, experts have relied on leaks and render images to make suppositions about what’s in store for fold fanatics.

Here are the rumoured features of the Z Flip4:

How much will it cost in South Africa?

The retail price of the Samsung Galaxy Z Flip 4 could be unveiled at the tech giant’s product event in August 2022. However, experts are confident that the Asian smartphone maker may keep the entry-level price ask for the Z Flip 4 at $999 (est. R17 086).