Travis Scott teams up with Fortnite for ‘Astronomical’ tour

Travis Scott will premiere his brand new track on Fortnite this week. Here's everything you need to know about #Astronomical 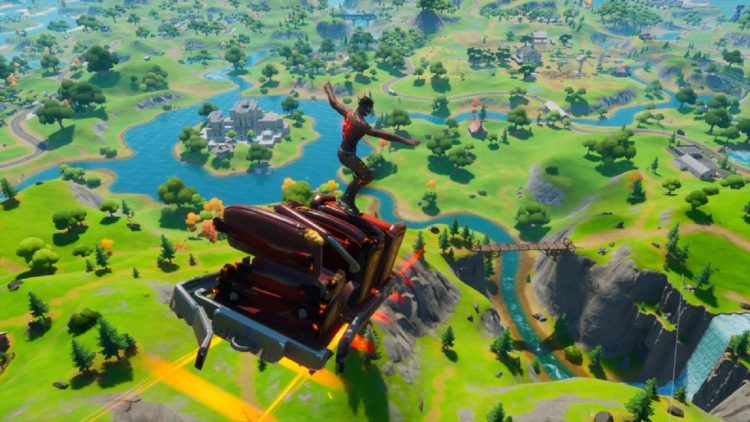 Described as an ‘otherworldly’ experience, Travis Scott and Fortnite have finally announced the rapper’s Astronomical event that will take place this week.

At first, we reported this as a rumour. Renowned gamer and he who holds the secrets of Fortnite, @Hypex, leaked a Travis Scott Fortnite skin in March, teasing a joint venture between the two powerhouses.

Well, it is no longer a secret. Travis Scott and Fortnite confirmed, on Tuesday, that something big is taking place this week and if you are a Fortnite gamer and a loyal rager, it is something you will not want to miss.

In a press statement, Epic Games confirmed that the Cactus Jack label founder will create his own alternative reality in the game and invite fans to experience it while being treated to a brand new song from the rapper.

“From 23-25 April (24-26 April in South Africa), blast off into a one of a kind musical journey featuring Travis Scott and the world premiere of a brand new track. Astronomical is an other-worldly experience inspired by Cactus Jack’s creations, built from the ground up in Fortnite,” the statement read.

Between Thursday and Saturday, gamers and music fans will have the chance to experience Astronomical, but it will not be easy to gain entry.

That’s why Fortnite has turned the event into a ‘tour’ of some sort, breaking the event into slots to give as many people as possible an opportunity to play the game without servers crashing.

“To make sure everyone has a chance to experience Astronomical, we’re setting up multiple tour dates with showtimes for players around the globe. Jump into whichever time fits your schedule best, or catch an encore with your friends if they missed it,” the statement continued.

The virtual doors to Astronomical will open 30 minutes before the show and these are the dates and times to take note of if you are in South Africa:

Fortnite also confirmed that to accompany this massive launch, Travis Scott has been added to the Icon Series and gamers can unlock even more free gear by completing the Astronomical Challenges.

“Get his Outfits, Emotes, and more starting April 21. And if you attend any of the Astronomical events, you’ll score this Astroworld Cyclone Glider and two loading screens for free!,” the AR game noted.

Everything else you need to know

Here’s more important information you need to know ahead of Astronomical.