Home » News » Ye on signing Big Sean: ‘The worst decision of my life’

Ye on signing Big Sean: ‘The worst decision of my life’

Ye made it known that he and Big Sean no longer see eye-to-eye. 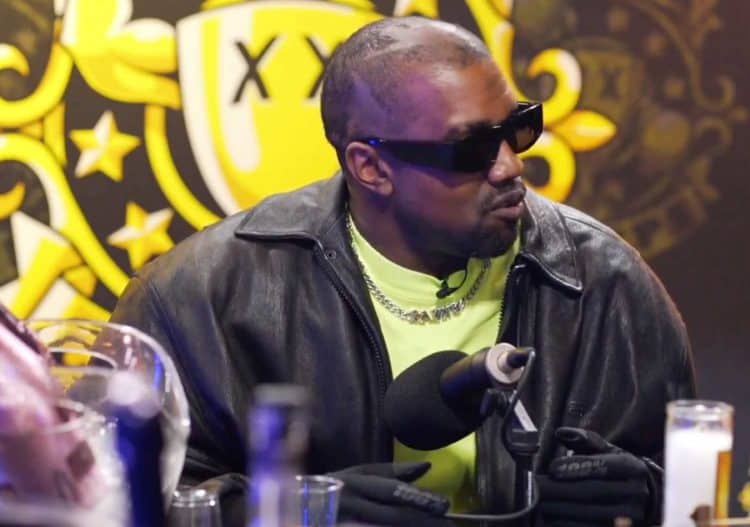 Ye, formerly known as Kanye West, sent the internet into a raucous when during his interview with Drink Champs, he candidly stated that signing Big Sean was the worst decision of his life.

N.O.R.E and DJ EFN’s Drink Champs aired the latest podcast episode featuring the rap-fashion billionaire. Notorious for his highly charged antics — think Sway — Ye didn’t bite his tongue when he was baited into talking about his relationship with former GOOD Music member and his protege, Big Sean.

Asked about his preference between Pusha T or Sean, Ye sent the room into pandemonium when he stood up to fetch a tombstone ornament that read ‘R.I.P’ and said, “if I die, on my tombstone it’s gonna say, ‘I deserve to be here because I signed Big Sean’.”

That remark sent the room into an awkward silence with a few Drink Champs guests left chuckling uncomfortably. Completely oblivious to the mood shift around him, Ye went on to categorically state that the worst thing he’s done in his life was signing the Detroit rapper.

“Man, I know this man’s momma, bro. You know what I’m saying? I’ve changed this man’s family and both John Legend and Big Sean, when I ran for office, got used quick by the Democrats to come at their boy that actually changed their life, and that’s some sellout sh*t,” Ye exclaimed.

Ye says signing Big Sean was the worst thing he's ever done, calls him and John Legend both "sellouts.”
pic.twitter.com/mpc4N5yAHQ

Well, these sentiments were quick to reach Sean who, in response, called out Ye for being two-faced after they’d been pictured in a huddle with fellow producer Hit-Boy, after the rap billionaire had recorded this Drink Champs podcast episode.

Was just wit this man, he ain’t say none of that!!! And this was after the interview! I’m dying laughing at you @kanyewest 😂 pic.twitter.com/xUJNlolKf0

How Sean got signed to West’s GOOD Music

The rift between Ye and Sean has been the subject of speculation for years since the two artists last appeared on the same song in 2015. Sean, on numerous occasions during interviews and on freestyles, would hint at a GOOD Music split, citing financial disputes as a possible reason.

In September 2020, Charlemagne Tha God, a renowned broadcaster and author, added fuel to the fiery rumours when he claimed, on an episode of The Breakfast Club, that Ye owes Sean more than R45 million ($3 million)

“Can we salute Big Sean? The restraint Big Sean shows to Kanye West is remarkable. That really lets me know he’s a healed individual.

“Because Kanye West … I hope one day Big Sean tells his story, but just know Kanye West owes Big Sean a whole lot of money. And he got Big Sean in a very terrible contract to be out here screaming about giving folks their masters back and all types of other things,” he said.

Charlamagne went on to allege that Ye receives half of Sean’s profits from music and publishing royalties. What’s more, the broadcaster claimed Ye was the instigator in preventing Sean from breaking free from a ‘slave’ contract with Def Jam Recordings.

Last week, the Detroit rapper unveiled his newly launched independent label Don Life with the release of What You Expect, an EP solely produced by his close friend Hit-Boy.

Regarding his relationship with GOOD Music, Sean tweeted:

That’s a forever brotherhood, but business wise, I had to start getting a bigger cut! I worked my way out that deal. https://t.co/6WRoUsQt3r

The Detroit rapper got his big break in 2007 when Ye signed him after hearing Sean freestyle at a radio station. With GOOD Music’s machine, which was powered by a global distribution deal with Island Def Jam Music Group, Sean would go on to release sixth top-selling albums, including Finally Famous, Hall Of Fame, Dark Sky Paradise, I Decided and Detroit 2, along with TWENTY88 with Jhené Aiko and Double Or Nothing with Metro Boomin.