Blxckie has been accused of cheating on his girlfriend, Hermosa. 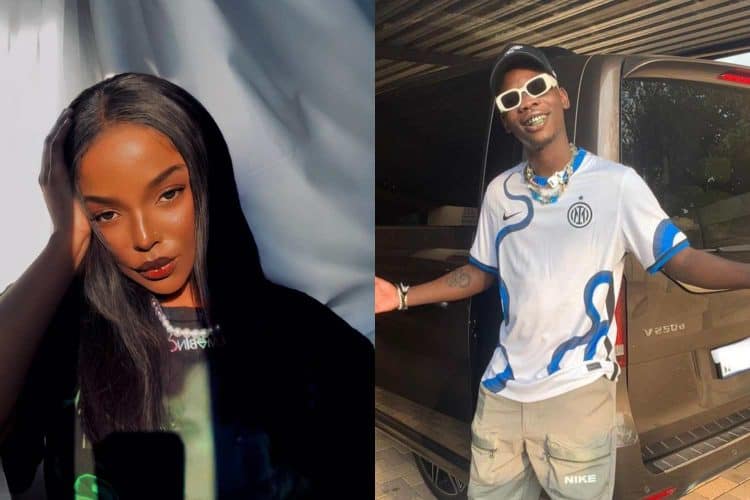 A woman who claims to know Blxckie from before he shot to fame has come out with startling accusations, including allegations that he has been unfaithful to his partner, Hermosa.

The unidentified woman went on her social media to call out the Kwenzekile star after a recent encounter at a nightclub. According to the woman, Blxckie, who she has apparently known way before he broke out into stardom, pretended to not know who she was.

This triggered the young lady since, according to her, she’s made music with the rapper before. Therefore, in her view, there could be no other reason for his convenient amnesia other than the fact that his head has grown too big now that he is a celebrity.

“I’ve known Blxckie for a while, right? We even made f***** songs together. Now, this homie wants to make me seem like I’m some f***** girl that’s just pulling up on him,” she exclaimed.

Furthermore, the woman made startling cheating claims against Blxckie. In her rant, the rapper was accused of being unfaithful to his girlfriend, Hermosa, a renowned digital content creator with more than 14 000 followers on Instagram.

Here is the full clip of the woman’s rant, where she makes a number of startling claims about the rapper.