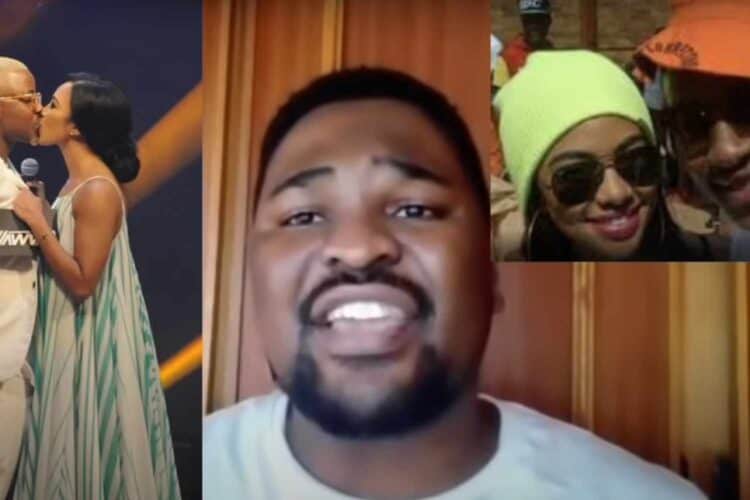 Polarising YouTuber Slik Talk ruffled feathers on social media when, in one of his ranty videos, he labelled actress Amanda Du-Pont a fraud.

Slik’s notoriety has garnered him a fanbase of die-hards who soak in every word he screams into the camera. This time around, the YouTuber traversed into unchartered territory when he threw his two cents into the ongoing debacle between rapper Jub Jub and the actress.

Remember, earlier this week, Du-Pont accused Jub Jub of rape and attempted murder, describing her two-year relationship with the rapper as a hostage situation where she was constantly threatened and sexually abused.

The 17-minute-long tell-all prompted more women, including a relative, to come out with accusations of rape levelled against Jub Jub. Even a Moja Love TV employee came forward with claims that the rapper was notorious for making unwanted sexual advances towards female staffers at the channel that has since suspended him indefinitely.

Well, Slik Talk is not buying it. In a recent upload, the YouTuber exclaimed that Amanda Du-Pont allegedly “has a history of clout-chasing after powerful men.”

“We’ve seen this before. This is the same Amanda Du-Fraud that was kissing Cassper Nyovest on stage in front of the world. So, you have a history of clout-chasing powerful men,” he screamed.

Terming the actress a ‘clout-chasing creep’, Slik Talk lambasted Du-Pont for failing to report the alleged rape back when Jub Jub was on trial for murder.

In her tell-all, Amanda Du-Pont had revealed that she’d endured the alleged abuse for years because she was constantly reminded about the consequences of turning against the Maarohanye family which, according to the actress, was avid users of ‘umuthi’.

The actress explained that she found the courage to escape from the rapper’s clutches when he’d allegedly tried to murder her by asphyxiation.

Here is the video of Slik Talk bashing an alleged victim of rape that has bizarrely gone viral: