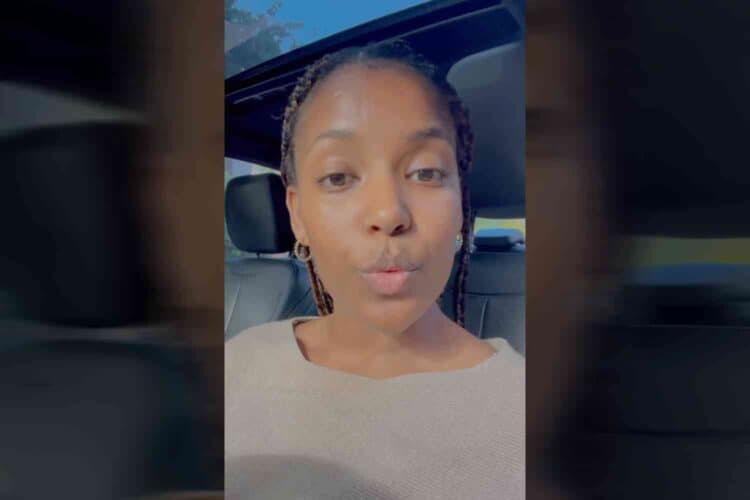 Tracy Smith, the wife of radio jock and celebrity Felix Hlophe, released a video statement shooting down claims she was a victim of domestic abuse.

It seems, this time around, controversial celebrity gossip blogger Musa Khawula has triggered a response from yet another public figure.

Smith was the subject of chatter on social media, where it was claimed that she was pummelled by her husband and left with a swollen eye. In the tweet that went viral this past weekend, Khawula claimed that Hlophe’s alleged assault on his wife was swept under the carpet by reporters from City Press.

However, the woman who was supposedly recovering from a black eye, took to Instagram to release a statement denying the rumours, and calling out Khawula as a clout chaser.

“First of all I’d like to say I am perfectly fine. There is nothing furthest from the truth than what that man has posted. And, I do not appreciate him useing my name, and my husband’s name, for clout,” she said in the video.

Smith is the latest public figure to call out Khawula on his false reporting. The celebrity microblogger has garnered quite a reputation on social media, for his unfiltered claims about celebrity relationships.

In the past, Khawula made unsubstantiated allegations about the likes of Bonang Matheba, Mihlali Ndamase, and Kay Yarms, to list a few.

The true identity of Khawula remains a mystery. The infamous microblogger has been linked to an active murder investigation, where it’s believed he is currently out on bail for the alleged murder of his former romantic partner, Wandile Khambule.

Khawula has refused to address the ongoing case in public, amid growing pressure from Khambule’s family for his arrest. The matter, we believe, is still under investigation.