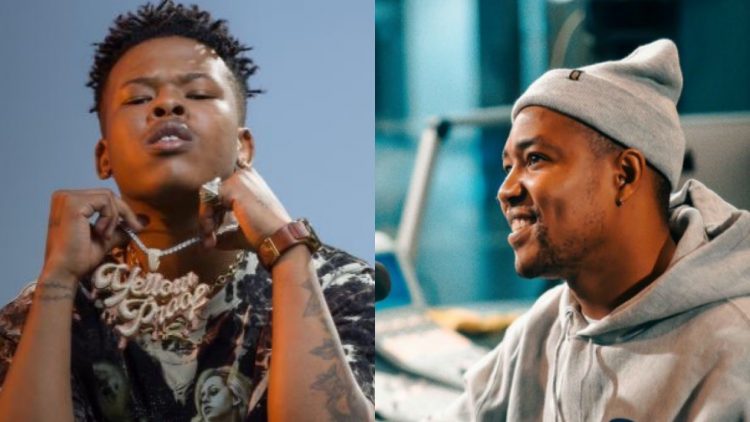 It looks like cabin fever has finally struck Nasty C and DJ Speedsta, 14 days into the nationwide lockdown.

Why are Nasty C and DJ Speedsta arguing on Twitter?

There aren’t many logical reasons why these two Hip-Hop powerhouses would argue on Twitter about who owns Bamm Bamm.

From what we understand, the argument is centred around who the copyright owner of the 2016 single by the Zulu with Some Power rapper is.

This all came to the fore when Speedsta, during the recent broadcast of his POPCast show with DJ Vigilante, Ms Cosmo and Scoop Makhathini.

In the clip that Nasty C responded to, the MetroFM DJ was heard saying that Bamm Bamm was his song.

He did not say it explicitly, but Speedsta inferred that he was sniped by the StringsNBlings rapper.

This is where things get a little confusing. Sure, Speedsta replies to Nasty’s refutal, stating that the facts of this argument were lost in an old Twitter account he no longer has access to.

“Fact of the matter. You gave me the song and asked for it back months later. Why would you ask for it back if you didn’t give it to me?” The DJ tweeted.

However, Nasty C had admitted in his initial tweet that he produced the beat, recorded a verse and a hook then sent it to Speedsta but the DJ never caught onto it soon enough.

In the rapper’s view, he had every right to pull the song back and do with it whatever he wanted.

So, who has receipts?

It seems that the two artists have not departed from that place of misunderstanding. Speedsta has maintained that he was, in some way, played by the rapper.

“It happens very often that upcoming artists will work on a song & give it to DJ’s to title as theirs to help spread it more. This was not the first, it’s happened many times. It still happens until today,” the DJ wrote.

Speedsta further noted a timeline of events that led to Bamm Bamm, implying that Nasty C had offered him the song as a gesture of goodwill for not following through with his feature on the DJs I Want It All single

It’s still not clear who owns the track but our entry level knowledge in music law suggests that the copyright owner of a song is the person who composed all of its instruments.

If Speedsta’s holding the rapper’s words from a Twitter DM as some proof of an agreement, he has a thing or two to learn about binding contracts.