Home » News » Kylie Jenner, Travis Scott change baby’s name: ‘We didn’t feel like it was him’

Kylie Jenner, Travis Scott change baby’s name: ‘We didn’t feel like it was him’

Kylie Jenner was careful to not reveal her son's updated name... That's if he has one. 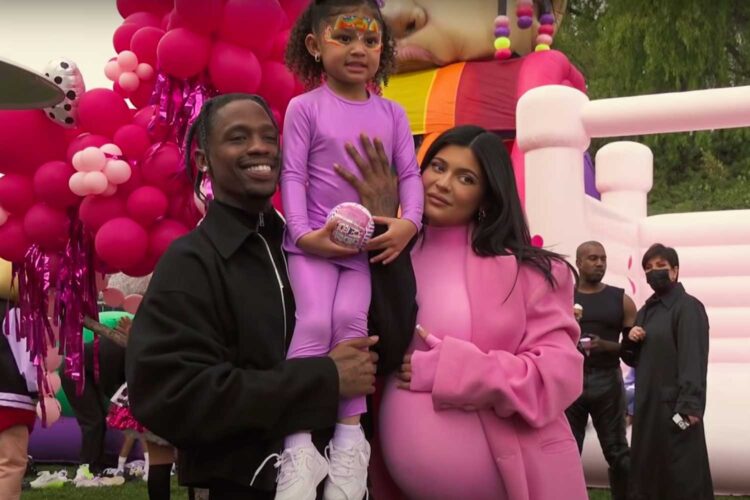 Cosmetics billionaire Kylie Jenner and Travis Scott sent social media into a frenzy when the couple revealed their decision to drop Wolf Webster‘s name a month after his birth.

Jenner and Scott’s second child was born on 2 February 2022, just a day after their daughter Stormi Webster celebrated her fourth birthday.

At the time, Jenner had unveiled her newborn’s name as Wolf Webster in an Instagram Story post.

However, according to the reality TV star, a decision was made by the couple to distance themselves from the name ‘Wolf’.

On Monday, Jenner released a montage of her nuptial journey, from when the couple first broke the news to their respective families, to the baby boy’s arrival.

This time around, Jenner and Scott have not revealed their son’s updated name.

From what we understand, the couple may have to register a name change application with the birth certificate office in California, Los Angeles, where he was born.

It is unclear whereabout Jenner and Scott are in the process but, according to the California Courts website, the name change application takes about six to 12 weeks to be registered on a court roll and the entire process can take up to three months to finalise.

As things stand, the latest addition to the Webster bloodline remains without a formally recognised name. Sources close to the family, however, claim the baby’s middle name is Jacques, a name handed down from his father Scott who, by the way, was named after his dad.