Even some of the Astroworld victims' families were not happy with Kanye West's threats. 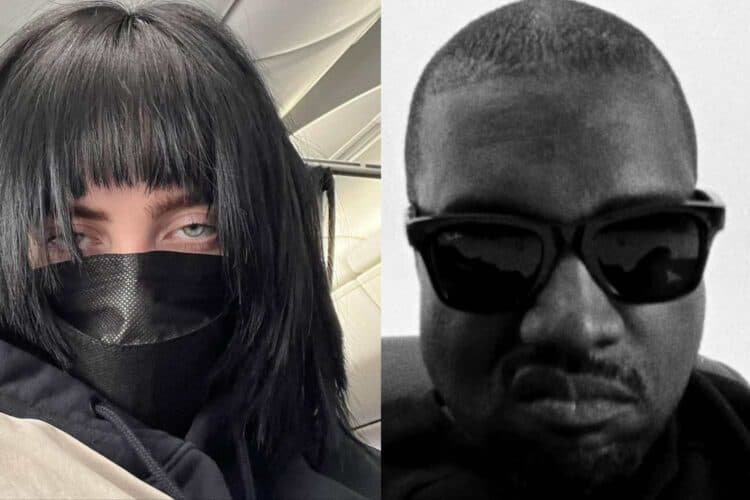 Pop star Billie Eilish has no intention of yielding to Kanye West’s demands, it seems.

Billie Eilish to Kanye West: ‘I said nothing about Travis’

The Happier Than Ever songstress was thrust into tensions between Ye and Coachella over the comments she made when helping out a fan at one of her shows.

“We’re taking care of our people. I’m waiting for people to be OK until I keep going,” she said after instructing her team to fetch an inhaler for the fan.

Kanye West, who has been on a relentless social media tirade, took this as shade directed towards his protege Travis Scott.

You will remember that ‘La Flame’ has ongoing lawsuits over the deaths that occurred at his Astroworld festival.

Considering the fact that Scott will not be performing at Coachella 2022, despite his agents offering the headliner for free, Kanye’s ultimatum to the festival’s organisers could be seen as a power play to get the Sicko Mode star back on stage at Coachella.

“Come on Billie [Eilish] we love you please apologise to [Travis Scott] and to the families of the people who lost their lives no one intended this to happen, Trav didn’t have any idea of what was happening when he was on stage and was very hurt by what happened,” Ye wrote on a since-deleted Instagram post.

Not only did Ye hint at Travis featuring on his setlist, but he demanded an apology from Eilish before he commits to showing up on the day.

The Everything I Wanted songstress replied to Kanye’s ultimatum, claiming she had not even directly addressed Travis at her show.

“Literally never said a thing about travis. was just helping a fan,” she wrote

As reported by Rolling Stone, Kanye’s demand did not sit well with some of the Astroworld victims’ families, more especially, the grandparents of Ezra Blount.

“That’s crazy that he wants someone to apologise for putting the welfare of someone else before their profits. That’s someone who needed their asthma pump. They could have lost their life, right then. This world is twisted, and we have to stop doing this,” he said.

Coachella still has Ye listed as a headliner and no comments have come from the festival organisers on the Yeezy founder’s threats.