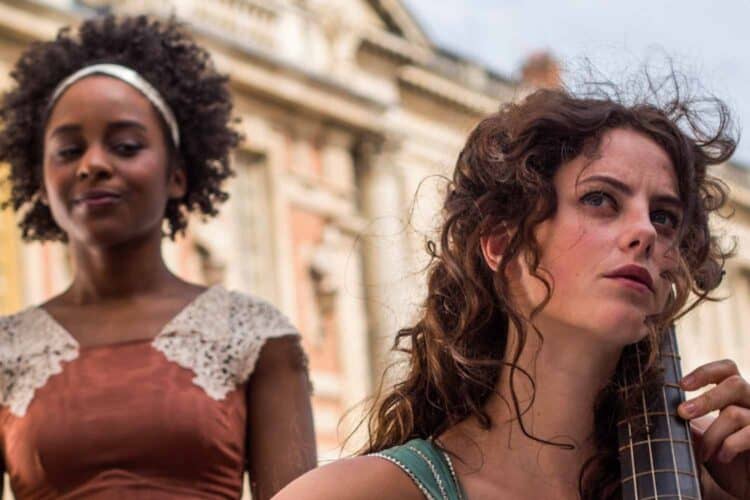 Photo: Sourced from The King's Daughter

The King’s Daughter synopsis: What’s the movie about?

McNamara’s latest fantasy feature is based on the novel, The Moon and the Sun (1997) by Vonda McIntyre. Brosnan is the antagonist King Louis XIV, while Scodelario depicts the king’s illegitimate daughter Marie-Josèphe.

The multi-faceted themes explored in the movie can only be understood by watching the film written by Barry Berman (The Adventures of Pinocchio) and (Hulk, Indignation). However a brief synopsis reads as follows:

Known as The Sun King, Louis XIV (Brosnan) is the most powerful and influential monarch on the planet. Obsessed with his own mortality and the future of France, Louis turns to his spiritual advisor, Père La Chaise (William Hurt), and the royal physician to help him obtain the key to immortality.

Lady Gaga could play this role in ‘Joker’ sequel

‘My Name is Reeva’: Release date, how to watch, reactions

Further complicating his plans is his orphaned daughter, Marie-Josèphe (Scodelario), who returns to court with an abundance of elegance and an inherent defiance of authority. With a rare solar eclipse approaching, Louis will discover where his daughter’s true loyalties lie as he races against time to extract the mermaid’s life-giving force.

When is The King’s Daughter hitting movie theatres?

The King’s Daughter will premiere in theatres on Friday 21 January 2022.

How to watch the movie in South Africa

The McNamara fantasy adventure film is, unfortunately, not listed in South African movie theatres. From what we understand, The King’s Daughter will only be released in the United States, Europe and Asia markets.