The judgment is important for undocumented immigrants.

by GroundUp
in Lifestyle 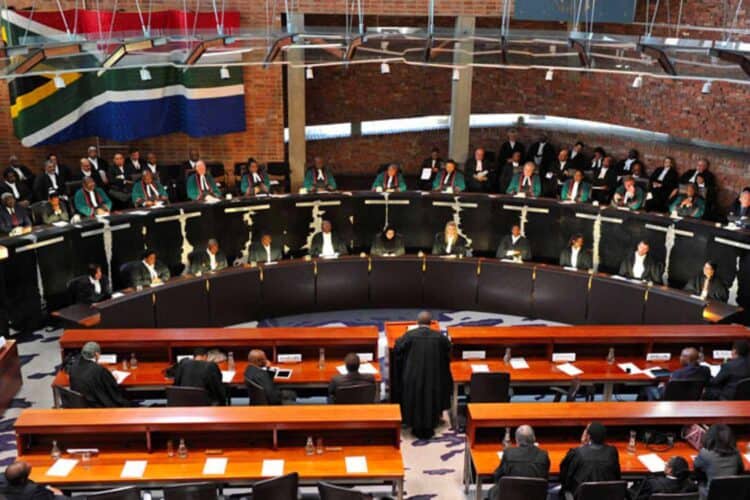 The Constitutional Court has ordered the South African government not deport an Ethiopian national until the finalisation of his application for recognition as a refugee.

The judgment, delivered in December, is important for undocumented immigrants who have not timeously applied for refugee status.

In 2020 Desta Abore, an Ethiopian national, was arrested for entering and living in South Africa without the relevant documents in violation of the Immigration Act. He pleaded guilty at the time and the Eshowe Magistrates Court sentenced him to 50 days in prison or to pay a R1,500 fine. He paid the fine, but was not released.

Abore then approached the Durban High Court for an order declaring his detention unlawful. He also wanted to prohibit the government from deporting him until he had been allowed to apply for refugee status under the Refugee Act.

In court papers Abore said he had fled Ethiopia because he was involved in political activities and faced the death penalty. He said that he entered South Africa illegally through Zimbabwe.

Abore said it was always his intention to apply for asylum and seek refugee status. He said he was unable to not apply for asylum immediately because of the Covid lockdown and then long queues at the Refugee Reception office in Durban.

It was never made clear when he actually entered South Africa because he gave contradictory dates to the court, and his attorneys, about when he entered the country.

The Durban High Court granted a temporary order prohibiting the government from deporting Abore until he had an opportunity to argue why he should be allowed to apply for refugee status. However, Abore failed to take steps to finalise the case.

The interim order lapsed, and the government successfully applied for a warrant for his detention pending his deportation to Ethiopia. He was then detained in the Lindela repatriation centre.

Abore then applied to the High Court in Johannesburg for his immediate release so that he could apply for refugee status.

In March 2021, the High Court in Johannesburg dismissed Abore’s application to be released. The court also dismissed the argument that his detention was unlawful.

In court papers, Judge Leonard Twala stated that Abore should have applied for asylum soon after entering the country. It was not sufficient for him to only tell the government that he intended to apply for asylum after being arrested.

“The applicant is not approaching this court with clean hands since he has been living in the Republic for four years without the necessary documentation. It is therefore not open to the applicant to demand that he be afforded the protection of the law because that would be tantamount to rewarding him for breaking the law”, Twala said.

Abore also never told the authorities after his arrest that he would be persecuted if deported to Ethiopia and he never told the magistrate that he wanted to seek asylum. Judge Twala said that Abore could not rely on the fact there were long queues at the Refugee Reception office to justify his failure for not applying for refugee status timeously.

The High Court also rejected the argument that Abore’s detention was unlawful. This was because his detention complied with the Immigration Act, Twala ruled.

Abore was released in June 2021 after the warrant authorising his detention at Lindela had lapsed. After his release, the Department of Home Affairs told him to leave the country by July or he would be deported.

Abore told the court he would suffer irreparable harm if he was not allowed to apply for asylum. This was because he would potentially face the death penalty if he was deported to Ethiopia.

The Minister of Home Affairs opposed the appeal. He argued that Abore gave contradictory dates about when he entered the country and failed to take immediate steps to seek asylum.

The minister also argued that recent amendments to the Refugee Act, which came into effect in 2020, had changed the law. According to the Minister, the effect of these amendments was that undocumented immigrants no longer have an automatic right to demand their release from detention to apply for asylum.

This is because the amended Act and new regulations state that people applying for refugee status must first be interviewed by an immigration officer. They must show the immigration officer they have “good cause” for entering the country illegally and must explain why they did not seek asylum at an official point of entry. An undocumented immigrant who does not first show “good cause” cannot demand their immediate release to apply for asylum, the minister said.

Justice Zukisa Tshiqi, in a unanimous ruling, said the case had three issues.

The first was whether it was in the interests of justice that Abore be allowed to approach the Constitutional Court directly, without first going to the Supreme Court of Appeal. Second, whether an undocumented foreigners should be barred from applying for refugee status when they fail to apply timeously. And third, whether Abore’s detention was unlawful.

Justice Tshiqi said that the interests of justice required that the Constitutional Court should decide the appeal directly.

Tshiqi said it was necessary to clarify whether a delay in applying for refugee status prevents a person from later applying for refugee status. Second, it was necessary to determine whether the 2020 amendments to the Refugee Act had removed the automatic right of an undocumented foreigner to demand their release from detention so they could apply for asylum.

She said a delay by an undocumented immigrant in applying for refugee status does not affect their right to apply for recognition as a refugee. Tshiqi found that any delay in applying for refugee status is only relevant to determine whether someone is a genuine refugee. “It should at no stage function as an absolute disqualification from initiating the asylum application process.”

Tshiqi said the Minister’s argument that the 2020 amendments had removed the automatic right of a foreigner in the country illegally to demand their immediate release from detention to apply for asylum was misplaced.

She said that an undocumented person who seeks refugee status can only be deported after their application is rejected. Abore was therefore protected by the principle of non-refoulement and could not be deported until his application for refugee status had been finalised, Tshiqi said. (The non-refoulement principle means that under international law asylum seekers cannot be returned to a country where they face persecution for “race, religion, nationality, membership of a particular social group or political opinion”. – Wikipedia)

The court ordered the government to not deport Abore until his application for recognition as a refugee had been finally determined.

The Minister and Director General of Home Affairs were ordered to pay Abore’s legal costs for the proceedings in the High Court and Constitutional Court.