Home » Lifestyle » How to Remove and Dispose of Asbestos Roofing

How to Remove and Dispose of Asbestos Roofing

One should never attempt to remove and/or dispose of an asbestos roof or asbestos- containing materials. Asbestos is a fibrous silicate mineral that has been mined and used for centuries, but large-scale mining only began at the end of the 19 th century. Asbestos is very heat resistant and an excellent electrical insulator. For a large part of the 20 th century Asbestos was used in the manufacturing of building materials. It was especially popular in the manufacturing of roof sheeting, gutters, pipes, insulation, ceiling panels, floor tiles and more.

During the early 1970’s it became more and more apparent that exposure to asbestos caused lung disease and by 1977 global asbestos production slowed down considerably. South Africa, one of the world’s largest asbestos mining countries, only ceased asbestos production in 2001 and eventually after another seven years of research, discussion and consultation asbestos use was finally banned in South Africa in March 2008.

One should never attempt to remove and/or dispose of an asbestos roof or asbestos- containing materials. Microscopic asbestos fibres could become airborne and inhaled or ingested. The human body cannot expel these asbestos fibres, and over time it could lead to several serious and often fatal lung diseases. It is illegal for the public or regular contractors to remove and dispose of asbestos. Only contractors that are registered with the Department of Labour and has an up-to-date certificate are permitted to safely remove, transport and dispose of asbestos containing materials.

Asbestos Removal & Roofing is registered asbestos roofing contractors in Cape Town and has a professional and highly trained team that work according to all safety regulations, rules, and protocols to safely remove and dispose of roofing materials that contain asbestos.

Five reasons to only trade with an FSCA-regulated broker

It is recommended when purchasing a property that was built prior to 1990 (residential, commercial or industrial) to have a thorough inspection done by a registered asbestos contractor such as Asbestos Removal & Roofing in Cape Town The procedure in identifying asbestos containing materials involves surveying the building for potential materials containing asbestos, such as roof sheets and tiles, ceiling boards and insulation, floor tiles, pipes, gutters, fireplaces., adhesives and more. Small samples will be taken and sent to a laboratory specialising in identifying the presence of asbestos fibres. Testing will be done using well-established and reliable methods for identifying asbestos such as Transmission electron microscopy (TEM), Scanning electron microscopy (SEM) or Polarised light microscopy (PLM).

Class B asbestos is considered ‘non-friable’. It is usually bonded asbestos, mixed and sealed into products, such as cement or plastic to create stronger products. It is bound tightly and cannot easily be crumbled, to expose asbestos fibres. However, it becomes hazardous if it is pulverized e.g., during demolition. Classes C and D both refer to any non-friable ACW that is unlikely to release asbestos fibres or asbestos dust and the product remains in its originally manufactured state, e.g., asbestos cement pipes and sheets, disused automotive products such as brake pads, gaskets or clutch plates. It also includes encapsulated non friable asbestos.

Before an asbestos roof is removed, it is important for asbestos testing and sampling to be done. The presence, type, and quantity of asbestos in the roofing materials will be determined. If asbestos is removed in an enclosed area, air monitoring will also be done, which means airborne asbestos fibres are counted to determine the level of contamination.

Air monitoring will also be done after the removal process to ensure that remaining fibres are within the legally prescribed range. All the above mentioned must be done by a registered Approved Asbestos Inspection Authority (AAIA). It is also the responsibility of the AAIA to compile a workplan for the removal of the asbestos and submit it to the Department of Labour for approval. The work plan approval process can take up to ten working days.

Once the asbestos removal process begins, everyone who enters a site must wear protective face masks and workers have to wear the appropriate protective clothing (PPE), to safeguard them from inhaling or ingesting hazardous asbestos fibres. It is also required by law that specific “Asbestos Warning” signage is displayed on sites where asbestos is being removed.

Once asbestos has been safely removed, a trained cleaning team will ensure that all asbestos dust as well as chips and splinters of asbestos is removed. Special asbestos vacuum cleaners are used for these purposes. Cleaners must wear prescribed face masks and protective clothing during the process.

Once roofing material has been removed, it must be disposed of according to the Environmental Conservation Act, 1989 (Section 20) at sites that have been approved by the Department of Water Affairs and Forestry. House plants that are harmful to pets Home storage ideas that will blow your mind Home renovations: How to save and budget for everything 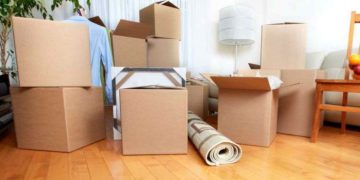 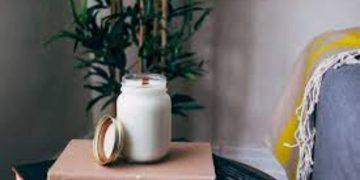 Eight candle making supplies you need as a beginner