Saweetie has a new EP on the way and it drops in January 2022. 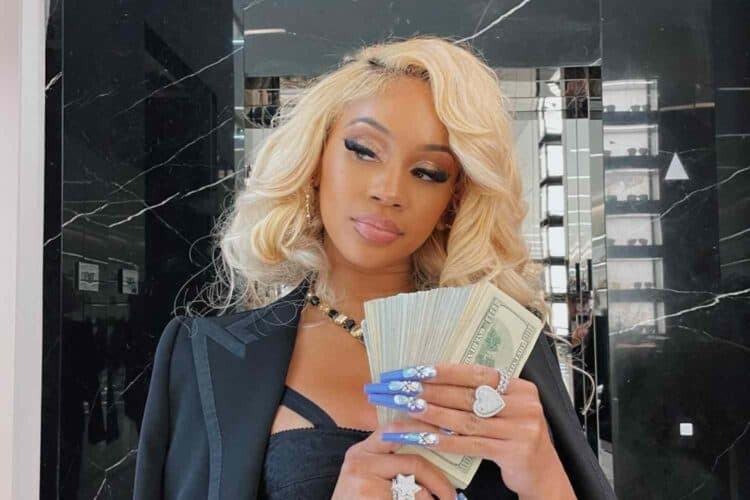 Saweetie excited her ‘icicles’ when she revealed in a recent interview that while her debut album Pretty B**** Music was nowhere near complete, she does have a project she describes as the “pretty b**** bible”.

Since the world found out that all it took for rapper Quavo to bag Doja Cat’s Bestfriend was a snowflake emoji, Saweetie has pretty much laid claim to its use.

However, months have come and gone without so much as a drop from the 28-year-old.

But, fans will not have too long to wait, we have come to find out. In a recent sit-down with journalist Gerrick Kennedy, Saweetie confirmed that in a matter of weeks, her fanbase would be blessed with new music.

Not much information is available at the moment on the tracks and appearances that will feature on the project Saweetie maintains is not her debut.

She did, however, confirm its title and also tease that the seven-track extended play will be littered with heavyweight collaborations.

As far as the release date is concerned, Saweetie confirmed that Icy Season, the self-proclaimed ‘pretty b**** bible’ will be available on 7 January 2022.

The ❄️icy❄️ queen @Saweetie told reporters last night, in a conversation moderated by @GerrickKennedy, that she’ll be releasing a mini project ahead of her debut album “Pretty Bitch Music.” The 7-song project, titled “Icy Season,” will be released on Jan. 7. pic.twitter.com/rBBzh5rylz

“It’s time for more leaders to be born in this season,” the rapper said about the anticipated influence of the project.