Cardi B recruits Kanye West and Lil Dark for a Song of the Summer contender. 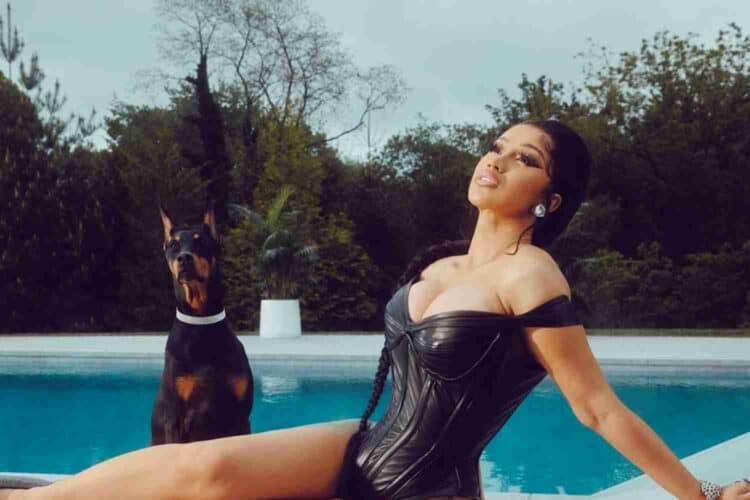 Cardi B is back on the release circuit with her new single Hot Sh*t, which may be interpreted as the start of her sophomore album rollout.

Cardi B drops ‘Hot Sh*t’: Here’s who produced and co-wrote the song

The last we heard of Bardi on a solo effort was in 2021 when she took over TikTok with her Up single. It seems, on Hot Sh*t, the New Yorker keeps true to the same energy, offering a high-octane banger that will be sure to sweep the Eastside strip club scene.

Released by Atlantic Records, Cardi B’s new single Hot Sh*t is available on every digital streaming platform. You can also stream the song in HD audio below:

Fans who waited up all night to listen to the song as soon as it dropped are already calling it the song of the summer. Here are some of the reactions to Cardi’s new single:

CARDI B, DURK, and KANYE JUST GAVE US THE SONG OF THE SUMMER. HOT SH IS AN ANTHEM!!! pic.twitter.com/Xkib5Ch5Pe

Cardi B never disappoints, it's a fact pic.twitter.com/FFZnlNHKyA

Cardi B didn’t lie when she said she was the top bitch but this line right here smooth balded me!!! #HotShit 🚨🚨🚨🚨😱😱😱😱 pic.twitter.com/RH26jPMOyO