Home » Health for Dummies » Vaccine passports are here: This is what Ramaphosa revealed

Vaccine passports are here: This is what Ramaphosa revealed

Vaccine passports will get you into restaurants, gyms, stadiums and on flights. Here's what Ramaphosa revealed. 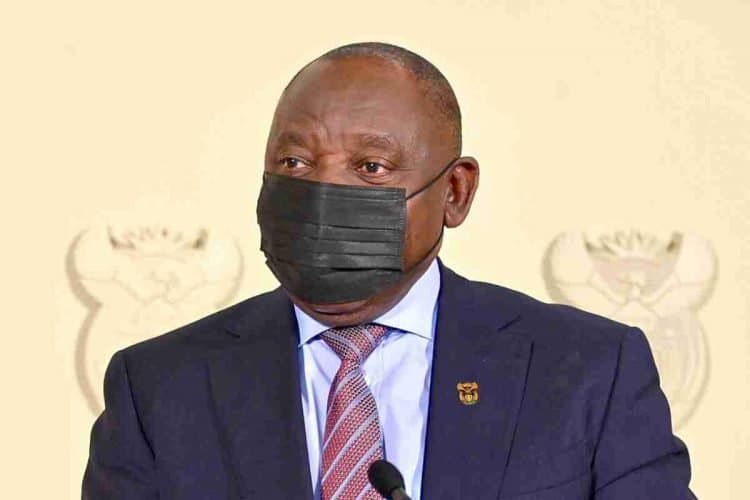 President Cyril Ramaphosa confirmed, during Thursday’s ‘family meeting’, that vaccine passports will be implemented as law in South Africa.

Vaccine passports: When will they be implemented in South Africa?

The president revealed, after announcing the country’s move to Level 1 lockdown, that as part of an effort to bring a sense of normalcy to life, government is “looking at further relaxation of restrictions, particularly with respect to sporting and cultural events.”

To mitigate the return of fans at sporting events, and an increase in social and cultural gatherings, Ramaphosa confirmed that the Department of Health will soon be rolling out vaccination certificates to inoculated citizens.

This certificate, otherwise known as a ‘vaccine passport’, will serve as “a secure and verifiable proof of vaccination.”

“It can be used to facilitate travel, access to establishments and gatherings and other forms of activity that require proof of vaccination status,” the president explained.

South Africa is following in the footsteps of developed countries like the United States, France and many nations in the European Union, in introducing a method of proving one’s vaccination status.

“Our approach is informed by World Health Organization guidelines and is in line with international best practice,” he said.

At this time, no information has been released on how this vaccine passport will look, whether inoculated citizens will have to undergo an application process or if there will be a digital application used to store one’s unique vaccination identity number.

“Streamlining and standardising proof of vaccination will also go a long way towards getting a number of international travel restrictions both from and into our country eased,” Ramaphosa added.

After consultations with the National Coronavirus Command Council (NCCC) and the President’s Coordinating Council (PCC), a group made up of leaders from opposition parties, a decision was made to move the country to Level 1 lockdown.

The adjusted restrictions come with reprieve in curfew hours, which are now between 00:00 and 04:00, increase in indoor and outdoor capacity as well as more freedom for on-and-off-site liquor merchants.

Here is a complete list of the adjusted regulations at Level 1: