This is the first study from a setting of high prior seroprevalence to demonstrate less severe disease in wave four.

by GroundUp
in Health for Dummies 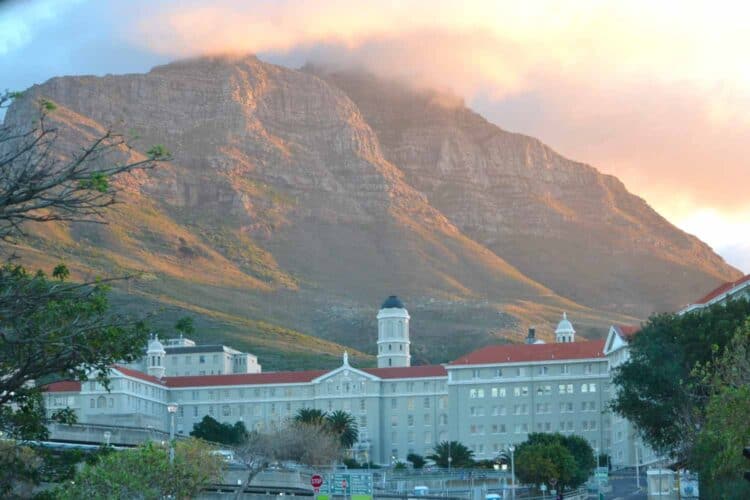 A new study has shown that the Omicron wave in the Western Cape was much less deadly than previous waves, owing to vaccination, high rates of past infection in the community, and reduced risk of severe disease and death owing to the variant itself.

Over 5,000 adult Covid patients were surveyed during one month of the fourth wave of the pandemic, and were compared to 11,000 patients from previous waves. The researchers were looking to understand the relative risk of each wave of Covid infections, when adjusted to account for vaccination and past infection, as well as age, sex, location, and comorbidities.

The study was led by Mary-Ann Davies, Director of the Centre for Infectious Disease Epidemiology and Research at the University of Cape Town, working in collaboration with 46 others from the Western Cape Department of Health, the National Department of Health, the National Health Laboratory Service, the Universities of Cape Town, Stellenbosch, the Witwatersrand, and KwaZulu-Natal, the Francis Crick Institute, and Imperial College, London. Their paper is a preprint and has not yet been peer-reviewed.

According to the authors, this is “the first study from a setting of high prior seroprevalence to demonstrate less severe disease in wave four”, adjusted for vaccination and prior diagnosed infection. The study sought to answer if past infection or vaccination still protected people exposed to Omicron, and the extent to which this protection was causing milder cases – or if Omicron is inherently less dangerous.

When past infections were taken into account, the risk of hospitalisation and death was reduced by 25%. The authors suggest that this indicates that the Omicron variant is inherently less dangerous than past waves – in particular the Delta-dominated third wave.

The Omicron variant emerged in South Africa in dramatic fashion: over 50 mutations across its genome, staggeringly infectious, and seemingly impervious to control.

Three previous waves of infections hit South Africa. By the beginning of 2022, 90,000 people had died from Covid, according to official statistics. But by 8 January 2022, over 280,000 excess deaths have been recorded since the pandemic began, 85-95% of which are likely due to Covid infection.

Despite lockdown strategies, many people in the Western Cape suffered some form of Covid infection. According to the authors, by the end of the third wave, over 70% of people in Khayelitsha had antibodies from past infection. Nevertheless, Omicron’s spread was rapid even in areas with a population with high levels of antibodies. This was a variant that could evade the immune system’s infection-acquired and vaccine-conferred first defences.

The study found that there was a much greater proportion of younger people (20-39 years old) infected in the fourth wave – 64% of all cases – compared to 49% and 44% in the second and third waves. Omicron’s ability to escape the defences provided by vaccination is significant – 38% of people infected in the fourth wave had been fully vaccinated. But fully vaccinated people had a much lower risk of hospitalisation or death.

Omicron was associated with hospitalisation or death in 8% of the cases examined in the study. Across all other waves, this rate was 16%. Only 20 out of the 5,104 people in the Omicron group died versus 250 of the 4,355 people in the group from earlier waves.