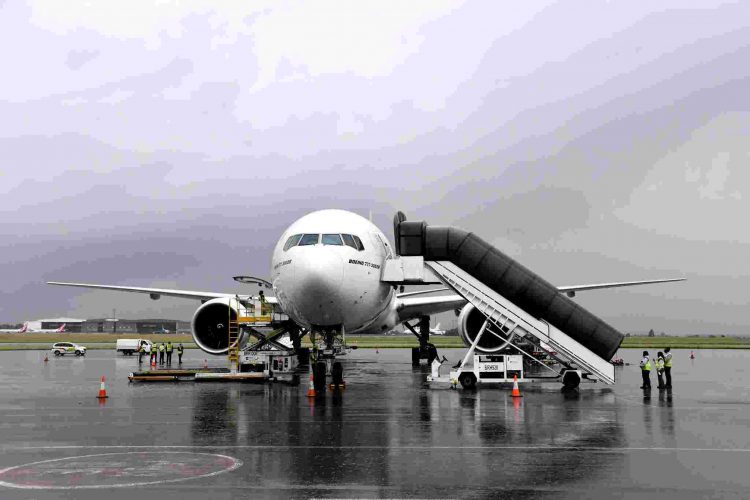 South Africa has led the Covid-19 vaccine programme on the continent with more than 140 000 citizens inoculated since the drive was launched two weeks ago.

Per News24, the third consignment of the Johnson & Johnson (J&J) vaccine was delivered on Saturday. According to the South African Medical Research Council’s CEO, Glenda Gray, 40 000 jabs were processed by customs at OR Tambo International Airport this weekend.

If our maths is correct, then thus far, South Africa has received 200 000 vaccine doses, 145 544 of which have been administered to frontline healthcare workers.

To avoid stock shortages, Gray confirmed that J&J will be sending three more batches this week.

“We expect three shipments — the next consignment on Wednesday, another on Thursday and a third one on Friday,” she said.

At this time, it is unclear what the total count of doses this will come to be.

The welcomed continuance of the vaccine programme has not alleviated concerns about the pace at which South Africa is moving.

At Phase 1, the government hopes to inoculate 1.25 million healthcare workers, only a fraction of their herd immunity goal which targets more than 65% of South Africa’s population.

With non-disclosure agreements (NDA) forcing the health ministry into silence about ongoing negotiations, it is unclear where the next big batch will come from.

Deputy Director of the African Health Research Institute Professor Thumbi Ndung’u, in a Mercury article, pointed out at the slow pace of the vaccine drive, calling into question the programme’s timelines and targets.

“Al I can say is that we are clearly moving very slow overall. If we are to avoid surges and new waves we need to be vaccinating people at a much faster rate than we are doing currently,” he said.

South Africa is bracing for the third wave of Covid-19, one that can be a lot more severe than the second one that brought about with it the Y501.V2 strain.

However, Health Minister Dr Zweli Mkhizwe has assured the public that the pace of the inoculation drive should increase rapidly from April.

“We anticipate that the numbers of vaccines will rapidly increase from April, May, June, and therefore we will then be in a position to escalate the numbers of people who get vaccinated,” he said.

According to the minister, in principle, South Africa has secured 43 million doses from J&J, Pfizer and the Covax initiative. Here is a broad look at the minstry’s timeline on when South Africa will receive these doses:

Thus far, no information has been released on South Africa’s allocation from the Covax program. Mkhize, however, has warned that the programme could miss its targets due to supply chain delays.

“The fact that there may be delays in the supply of vaccination may impact on the exact numbers of people that would have been successfully vaccinated,” Mkhize warned.

Here are the latest Covid-19 daily infection and death figures.

#COVID19 UPDATE: A total of 23 903 tests were conducted in the last 24 hrs, with 1 006 new cases, which represents a 4% positivity rate. A further 65 #COVID19 related deaths have been reported, bringing total fatalities to 51 326 to date. Read more here: https://t.co/mixR3dFCzY pic.twitter.com/vYal3BOoq6