LeBron James has a greater vested interest in Liverpool FC than you may know. Los Angeles Lakers star LeBron James is on the verge of releasing a custom Liverpool merchandise range, in partnership with Nike.

LeBron James has Liverpool FC merch on the way

As reported by Bleacher Report, chairman of the ‘red’ Merseyside club Tom Werner confirmed that the process is already underway to launch “a product line with Lebron and Liverpool.”

From what we understand, the four-time NBA champion, through his long-term partnership with Nike and Fenway Sports Group, will launch “seven or eight products that connect LeBron with soccer.”

Careful not to release specific details around the release, Werner indicated that the idea behind the collab is to rival the iconic campaign Michael Jordan and Nike led with French club Paris Saint-Germain (PSG)

“I don’t know specifics yet, but they’re going to create seven or eight products that rival the connection that Michael Jordan has with Nike,” he said.

Here is why LeBron loves Liverpool

Fans of the star baller and Merseyside fans, alike, will be keen on the details around this release which, at this time, have been kept under wraps — for good reason.

For James, however, the march collab is about more than achieving his career goal of succeeding the iconic status of his mentor and inspiration, Jordan.

In fact, LeBron has a vested interest in all facets of the Premier League football club’s success since, in 2011, as part of a marketing deal with FSG, he bought a 2% stake in the 2019 UEFA Champions League winners for a reported $6.5 million (R103 million at the time).

The success of the club on the pitch has only increased the value of that minority stake and according to evaluations made in April 2021 by efe.com, James’ investment is now valued at an estimated $44 million (about R680 million). 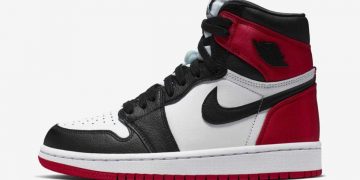 Nike: These sneakers are releasing in June 2021