Day 1 saw some of the best in SA entertainment pay tribute to a fallen legend.

by Avuya Walters
in Events 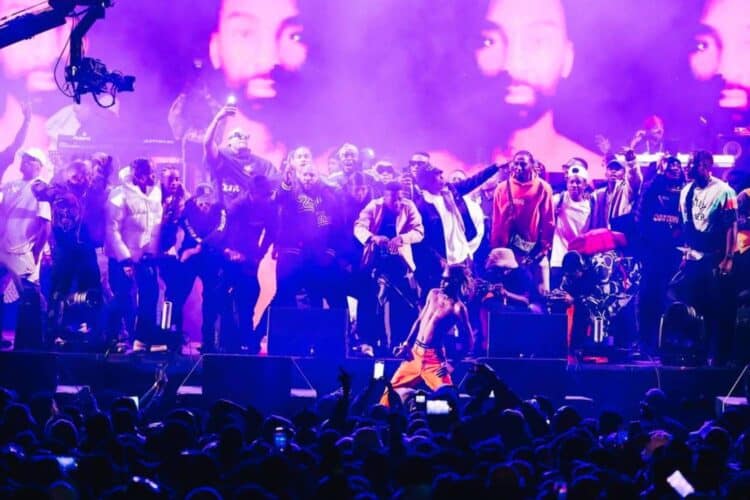 Cotton Fest 2022 went ahead as planned, over a month after the untimely death of its creator Riky Rick passed away, and boy, was it a night to remember for those in attendance.

Following a delay that was the direct result of Makhado’s untimely passing, the music festival went ahead, with the approval of the ‘kotini’ king’s wife, Bianca Naidoo.

“Cotton Fest needs to go ahead as planned by him! His love and belief in showcasing young and upcoming talent are unquestionable, which is how Cotton Fest came about a few years back.

“And in his own words – we never die, we multiply! Let’s build on this energy, and continue to spread the love and light at a time when we need it the most,” she said at the time.

Newtown was packed to the rafters on the first day of the weekend festival. Here are five of the best highlights from Saturday’s Cotton Fest 2022:

Amaroto takeover the stage with a performance to remember