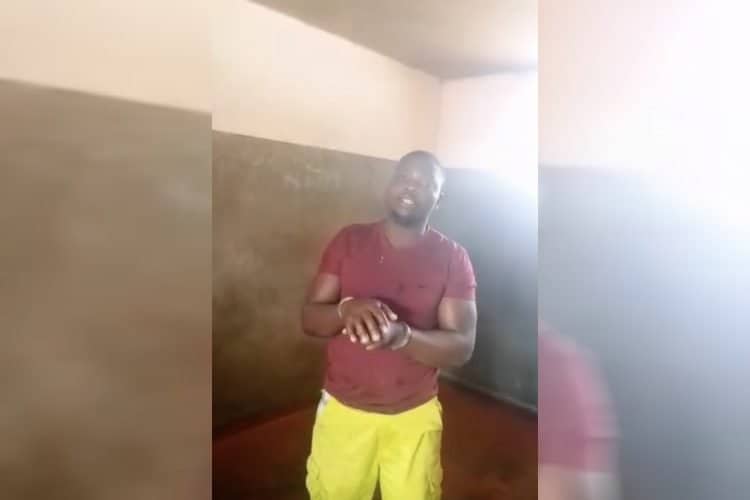 Thubelihle Kheshow, a renowned businessman from Zimbabwe, has made headlines after he was arrested and charged with taking the lives of at least six victims.

According to reports, the 26-year-old entrepreneur went into a blind rage after attending an all-night prayer at a local apostle church in Redcliff.

Police Commissioner Paul Nyathi revealed that Kheshow made use of a hoe, an axe, a kitchen knife and three spears in his killing spree. Details around the incident are still sketchy but from what we understand, the 26-year-old hacked at least six victims and critically injured four.

The victims include two four-year-old minors, an eight-year-old female and three women aged between 33 and 85.

A timeline of events that led to the horrific deaths of the victims is still being compiled by Redcliff authorities. For now, all that’s been revealed is that police are pursuing charges of murder, attempted murder and sexual assault.

Kheshow remains in custody pending the outcome of his court bid. In this video clip that sent chills across social media, taken inside a holding cell, the cold-blooded serial killer can be heard bragging about how he committed the murders.

He chuckles with pride, gleefully walking the person recording the confession through the manner in which he mutilated each victim who, in his view, was possessed by evil spirits.

COLD KILLER: Thubelihle Kheshow, the man accused of stabbing 6 people to death and wounding 4 others in Kwekwe last Saturday is filmed discussing how he killed his victims. He blames evil spirits, police said he has mental health problems pic.twitter.com/X9AfnyQuz9

Kheshow’s mental health has been considered as a motive behind the murders. However, it remains to be seen if this will hold up in court.