Grootman insists there is no way he is a scammer. Our research indicates otherwise. 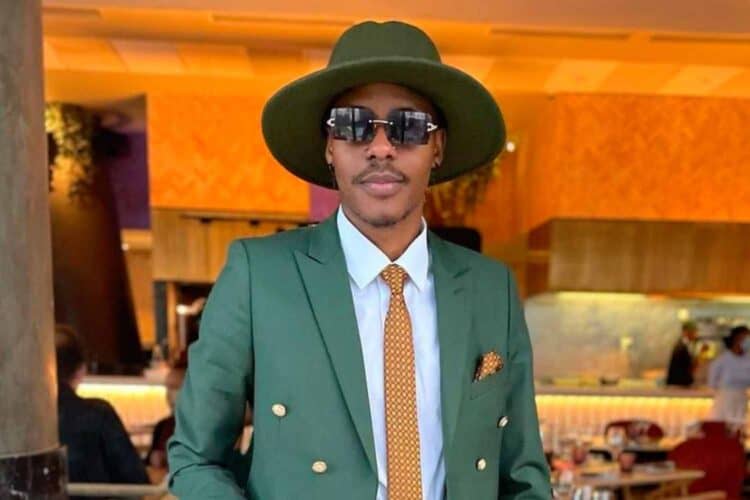 Themba Selahle, otherwise renowned to gullible netizens as ‘Grootman’, is an Instagram sensation with close to 100 000 followers and a litter of fake accounts posing as the self-proclaimed Forex trader.

Before the events of two weekends ago involving his eccentric trophy girlfriend Gcinile Thwala, mainstream media had not paid any mind to the social media baller.

Thwala and Selahle’s public displays of affection culminated in a possibly-staged breakup that sent social media into a raucous. Of course, netizens would be the butt of the joke since the couple rekindled their romance two days later

But, apart from his fiery love affair, who exactly is Selahle?

Well, for one, the man who claims to bring his clients a whopping minimum of 200% returns on their investment on a weekly basis is an enigma, to say the least. In part, this may be due to the fact that Selahle is, most probably, not his real name.

The flashy online trader is of Pedi descent, lending credence to the assumption that he may be from Limpopo.

It is well-documented that he has two children by two different women, Nene Muleya and another from Gauteng.

Swisher Post News approached Muleya for an interview but, unfortunately, she refused to participate.

Personal accounts from his former clients

Prior to exclusively providing Forex trading services, Selahle went by the online username ‘Dzaddy Amor’, and he was infamous for selling iPhones and sneakers.

In this line of work, as well, Selahle attracted notoriety and all of his victims, from trading to retail, have one thing in common: They’ve been allegedly scammed by the ‘grootman’.

We spoke to two women who claim to be part of a larger group of victims who’ve fallen for the trader’s charm.

Lusathi Mbobo is a 22-year-old unemployed youth from Matatiele, Eastern Cape. Like most of his victims, she was lured by the prospect of seeing massive returns on her investment and, in desperate need of extra cash, she purchased two items from Selahle’s ‘Forex package’.

The trader runs a ‘special’ where he encourages his followers to buy any one or more of the following items from his package and, in four days, they’d receive the original amount plus a minimum of 200% in profit (minus a fee charged by Selahle and ‘his team’)

The deal was — as seen in the message thread between Mbobo and Selahle — after receiving the money from ABSA’s CashSend transfer on 19 December 2021, and another R2 500 two days later, the client would receive the original invested money plus R5 000 in profits by 24 December 2021.

Sure, this sounds too good to be true but, to be fair, Selahle’s constant flashing of large sums of cash on his Instagram plus his charm easily disarmed Mbobo and dozens of other victims.

When the payout date came and went without so much as a whisper from Grootman, Mbobo knew something was amiss. Two weeks passed with no word from the trader who, the entire time, was spamming his Instagram Stories with his luxurious experiences in Cape Town.

Mbobo tried to confront Selahle but was quickly blocked. She, like countless others, suffered the same fate.

Nametsego Mocwane, an unemployed 27-year-old from Kuruman, Northern Cape, was also sucked into the unrealistic prospect of scoring huge returns on a minimal investment.

On 15 November 2021, Mocwane, transferred R1 500 from her Capitec account. Once again, the payment was not made to Selahle’s bank account. He insisted she use Capitec’s ‘cash collect’ service.

“I took the R1 500 package and was supposed to get R4 500 and when it was time for him to pay me, he ignored my messages and then eventually blocked me after so many attempts of trying to get him to pay me or at least refund me my money ’cause he claimed to have a ‘Refund Policy,” she told us.

Just like the fate that Mbobo suffered, Mocwane too was blocked when she spammed his Instagram inbox, asking for her money back.

Victims of Selahle have banded together and aren’t relenting in their pursuit of justice.

Swisher Post News contacted the Financial Sector Conduct Authority to ascertain if a ‘Themba Selahle’ was, in fact, listed as an authorised financial service provider, as he ought to be if he is a legitimate Forex trader.

In response, the FSCA confirmed what we already knew:

“Please note that we do not have any information of Themba Selahle on the FSCA records.”

If Selahle was a legitimate trader, he would have had an official website with detailed information on his service offering, While there are a number of legit traders who exclusively work from social media platforms, there is a greater sense of safety when working with a financial service provider who has testimonials and a credible portfolio listed on a website.

Moreover, Selahle insists on having cash sent for him to collect at ATMs. When victims propose an EFT payment, he quickly shoots down the idea, telling unsuspecting prey that he’s moved to Bidvest Bank and any delays caused by interbank transfers would hurt their potential returns.

Perhaps, the biggest red flag in the entire transaction, albeit the gob-smacking 200% profit margins from a four-day trade are enough to arouse suspicion, is the fact that upon making payment, his victims never receive tax invoices from Selahle, proving quite definitively that the trader is:

Selahle continues to live care-free in Cape Town. From what we understand, he moves around from one luxury rental to another, careful about the traces he leaves behind.