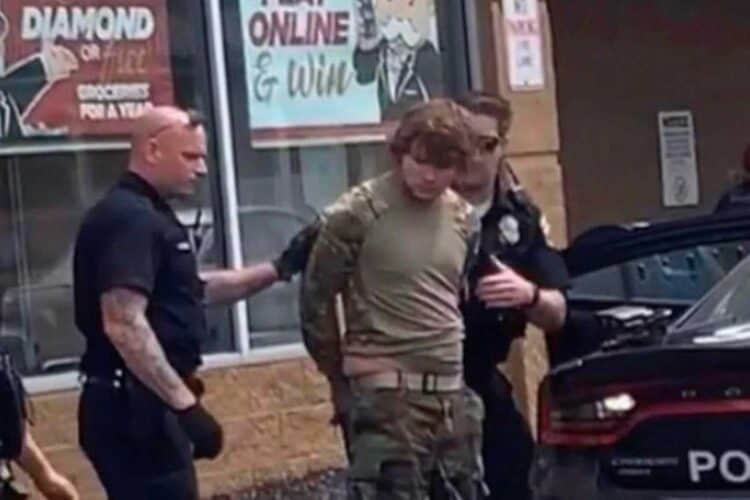 18-year-old self-proclaimed white supremacist Payton Gendron is currently held in custody at a Buffalo jail house, after he casually walked into a supermarket in Buffalo, New York, and killed 10 people, injuring four others, on Saturday.

Payton Gendron: How he pulled off the Buffalo massacre

Gendron, a native from Conklin, drove just over three hours from the southern periphery of New York to pull off his premeditated massacre on black people.

In his 180-page manifesto, the 18-year-old categorically stated that he intended on ‘taking out’ as many people of colour as possible, a sordid plan he had cooked up since the start of the pandemic.

According to reports, Gendron, armed to the teeth with military-grade weaponry and body armour, as well as a GoPro camera strapped around his helmet, pulled up to the Tops Friendly Market situated on 1275 Jefferson Avenue, streaming his mission live on Twitch.

It was like watching a live action version of an RPG game. The moments leading up to the Buffalo massacre are the only existing footage from the 18-year-old’s attack, which resulted in 15 victims shot, 11 of whom were black.

According to reports, Gendron pulled into the supermarket’s parking lot at approximately 14:30 and encountered his first group of victims as soon as he got out of his vehicle.

Immediately, and without warning, the 18-year-old shot four people before he made his way into the store. Three of these victims died at the scene, and the survivor was later rushed to a nearby facility for emergency treatment.

Inside the Tops Friendly Market, the self-admitted white supremacist encountered a retired Buffalo police officer who worked at the store as a security guard.

After a brief exchange of fire, the ex-cop was killed and Gendron, who was struck but suffered no injuries since he wore body armour, went on his killing spree unabated.

Eight other victims were targeted and killed inside the store before Gendron was confronted by Buffalo police as he exited the store. With the gun pointed at his neck, the 18-year-old was on the verge of taking his own life when authorities managed to talk him out of it.

Gendron made a brief court appearance on Saturday, where he pleaded not guilty to a count of first degree murder. The 18-year-old was held in custody pending his next appearance where more charges will be added to his charge sheet.

US President Joe Biden sent his condolences to the families of the Buffalo massacre, describing Gendron’s actions as a”bhorrent to the very fabric of this nation.”

As more details emerge on Gendron’s motive, reports claim the 18-year-old believed black people were replacing whites in the US. In his manifesto, he also listed Dylan Roof, who killed nine people in a black church in South Carolina in 2015, and New Zealand mass shooter Brenton Tarrant, who murdered 51 people in mosque in 2019, as his inspirations.