Musa Khawula exposed as alleged murderer: Here’s what we know

Musa Khawula, as it turns out, may have blood on his hands. 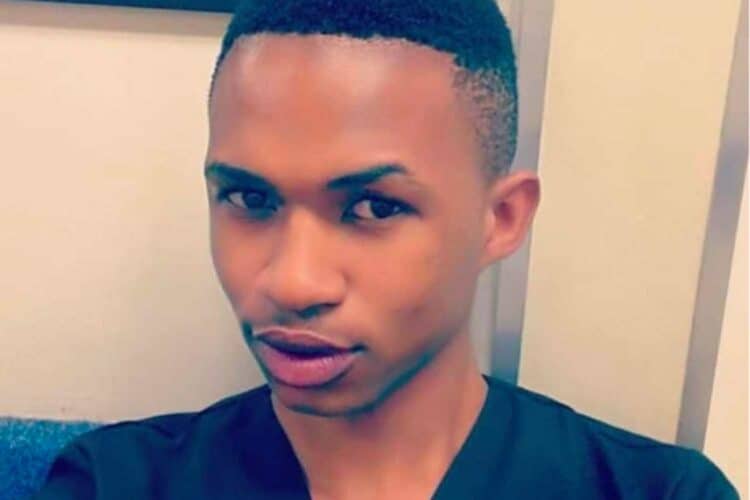 Celebrity microblogger renowned on Twitter as Musa Khawula suffered an epic fall from social media grace and right into a murder scandal.

Khawula was the go-to for South African celebrity gossip. His tongue-in-cheek approach to reporting, going the extra mile in lifting the lid on the shoddy ongoings of Mzansi’s entertainment industry, set him apart from other microbloggers.

This week alone, Khawula drew skeletons out of the closets of Mihlali Ndamase, Somizi Mhlongo, Khethokuhle ‘Kay Yarms‘ Ngonyama. The ‘tea-spiller’ even went as far as linking DJ Sbu to the disappearance of Zahara’s South African Music Awards (SAMA) trophies.

All the while, he kept dark and disturbing secrets of his own. At least, this is what is being said about the microblogger.

Internet ‘sherlocks’ who caught wind of Khawula’s ascension to online stardom ran a background check on the celebrity reporter and what they found sent chills across social media.

Khawula is reportedly a person of interest in the murder investigation of a man named Wandile Wayne Khambule.

Who is Wandile Khambule?

According to the information we sourced, Khambule was a native from Newcastle, KwaZulu-Natal (KZN). At some point in his adolescence, he moved to Johannesburg, Gauteng, perhaps, in pursuit of better opportunities.

Khambule settled in Carletonville and this is where his journey to becoming a professional photographer started. Somewhere along the way, it’s alleged Khambule, who is survived by two children, a 10-year-old boy and an eight-year-old daughter , met and developed an attraction to Khawula.

An anonymous source, who identified herself as a friend of Khambule’s sister in voice messages sent to celebrity microblogging page Yenta Room, claimed the two were inseparable.

The sourced stressed that Khambule and Khawula were involved in a romantic relationship, and were not platonic friends.

Moreover, according to the woman, Khambule’s pursuits in photography had not, at the time, yielded a stable income, and it was Khawula who supported him financially.

According to the anonymous source, the voice notes of whom you can listen to below, Khambule and Khawula left Johannesburg in pursuit of a fresh restart in Cape Town.

In the Mother City, it’s claimed the couple moved into an informal home and, soon thereafter, things went awry. Khambule had allegedly developed a romantic interest in a woman known only as Sweetness and, by then, things were reportedly rocky between him and Khawula.

Of course, if the reports are true, then the latter could not have been too happy about the prospect of losing his life partner. This is when the celebrity microblogger allegedly started stalking Khambule.

According to the anonymous source, the two fought regularly and, on a fateful day in early March 2022, Khambule was stabbed multiple times and killed.

Here is the voice note from the anonymous woman, who explains how Khambule met Khawula and how he allegedly met his tragic fate:

Another woman, identified in a Twitter thread as Khambule’s sister, provided more details about what allegedly transpired on the day of the murder.

The sister corroborates the information shared by the anonymous source regarding the fact that her brother was, indeed, romantically involved with Khawula but things ended shortly after they’d moved to Cape Town.

The microblogger allegedly developed an obsession with the photographer and, despite numerous pleas from the sister to stay away from her brother, he allegedly continued to stalk Khambule.

On the day of the murder, Khawula allegedly lured Khambule out of a residence he was at with friends. A brief argument ensued and it’s alleged Khawula pulled out a knife and stabbed his ex-boyfriend multiple times.

Eyewitnesses informed Khambule’s family that their hangout was disrupted by piercing screams coming from the direction where he and Khawula were standing.

The aspiring photographer was rushed to hospital but by then, it was too late. Khawula, the sister claims, was found at a nightclub and placed under arrest later that Friday evening.

Here is the thread where Khambule’s sister details the events that transpired from the day of the murder:

An audio recording of Wayne's Sister confirming that Musa Khawula is the killer.

Musa wanted a relationship with Wayne, a who had a girlfriend. When Wayne refused, stating he's a straight man, all hell broke loose.

We contacted South African police to confirm certain aspects of this report and a response had not been received at the time this article was published. Khawula, too, has yet to issue a formal response to the allegations.