Jacqueline Avant was viciously murdered only days before her next philanthropic event. 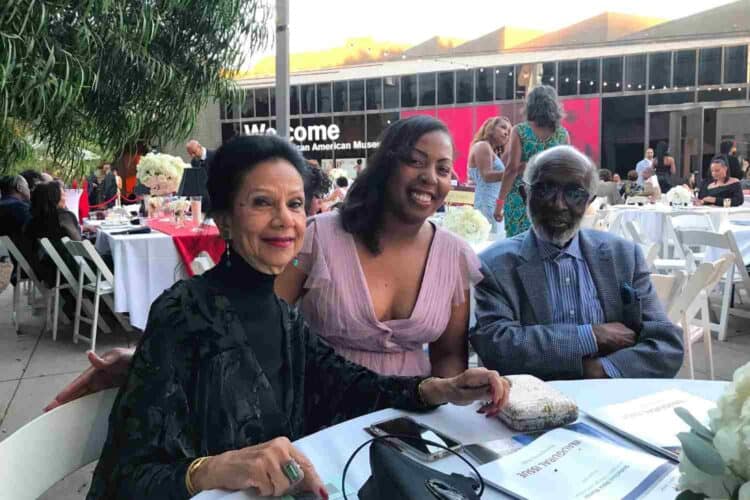 Los Angeles (LA) authorities are working tirelessly to track down the suspects who murdered Jacqueline Avant, the 81-year-old wife of music icon Clarence, in a home invasion, on Wednesday morning.

As reported by CNN, an unknown number of armed suspects broke into the couple’s Hollywood Hills mansion and in a blaze of gunfire, fatally struck the mother-in-law of Netflix CEO Ted Sarandos.

At a media briefing held on Wednesday afternoon, Beverly Hills Police Department (BHPD) Chief Mark Stainbrook noted that while investigations are ongoing, there is an air of suspicion around the timing of the murder.

“I don’t think it’s a random attack, but I can’t speculate on that right now,” Chief Stainbrook said

90-year-old Clarence survived the incident unscathed and at this time, has not released a statement.

Here’s what we know about the Avants

In the eyes of the public, Jacqueline was known as the longtime wife of Clarence, an industry icon renowned in Hollywood corridors as ‘the Godfather of Black Music’.

However, close friends and family will remember the 81-year-old as a selfless philanthropist who went out of her way to help the needy, without the glare of the watching world or the acclaim.

Born on 6 March 1940, Jackie, as her friends called her, was raised in Jamaica Queens, New York and much of her adolescent life was spent modelling on runways and rubbing shoulders with the East Coast’s finest.

Her companionship with Clarence came when she was an up-and-coming talent manager with a client portfolio that included actress Cicely Tyson and jazz and R&B stars Little Willie John and Jimmy Smith.

By 1967, the couple had exchanged wedding vows and two years later moved to LA, where they have resided for decades.

Jacqueline died shortly before her next philanthropic venture which was a bicycle giveaway overseen by renowned activist Alice Harris.

“Jacqueline was an amazing woman, wife, mother, philanthropist, and a 55-year resident of Beverly Hills, who has made an immeasurable positive contribution and impact on the arts community. She will be missed by her family, friends, and all of the people she has helped throughout her amazing life,” Chief Stainbrook said.