Flavio Hlabangwane will be kept at the hospital section of the Johannesburg Correctional Centre. Flavio Hlabangwane, the man accused of hoarding body parts at his Protea Glen rental, is set to undergo psychiatric examinations to determine if he is mentally fit to stand trial.

Hlabangwane, believed to be 26 years old, appeared briefly before the Protea Magistrate’s Court, on Monday.

In a statement, the National Prosecuting Authority (NPA) confirmed the case has been postponed to Tuesday 30 November 2021, “for the accused to undergo mental observation.”

“The court was informed that the accused attempted to take his life on two occasions, hence the application for his mental state to be examined,” the NPA revealed.

At the court’s request, Hlabangwane will be moved to the hospital section of Johannesburg Correctional Services, “as he may require medical attention and/or special care.”

Everything we know about Flavio Hlabangwane

Hlabangwane faces charges of murder and contravening the Inquest Act for failing to report a dead body to authorities. The 26-year-old was sent away on a stretcher on Saturday 13 November 2021, after a woman he had invited to his rental backroom in Protea Glen discovered body parts inside his refrigerator.

When police finally subdued the suspect, he had attempted to take his life. More than a week has past and police have yet to locate some of the unknown victim’s body parts.

From what we understand, a search operation yielded a promising lead when a severed head was discovered in a shallow grave in Lufhereng, about 5km away from the Protea Glen rental.

Police were led to the gruesome site by Hlabangwane and a forensic trace operation is underway to determine if the head belongs to the rest of the body parts.

From the information.we have sourced on the suspect, here’s what we know: 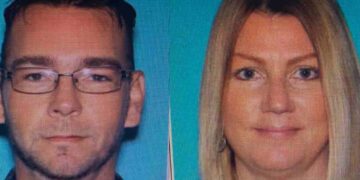