Gauteng police are instituting a disciplinary process against the Tembisa SAPS member who was caught on camera assaulting a woman. 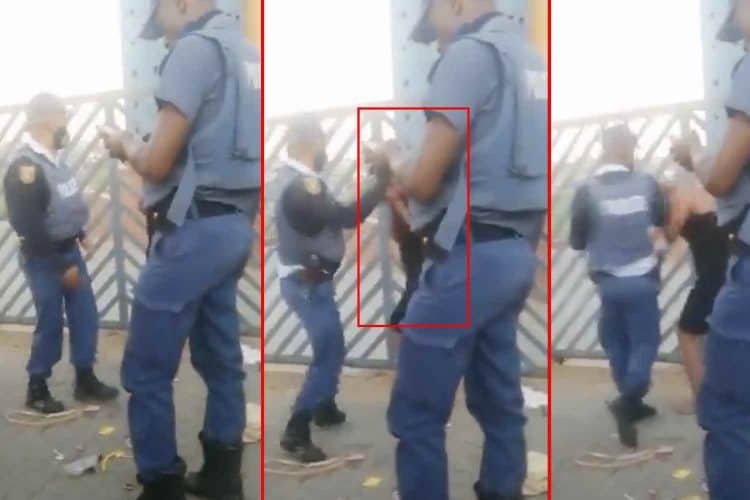 It’s reported that the woman approached Tembisa SAPS to open a criminal case but was met with resistance from an officer who assaulted her.

Video footage of the violent encounter was shared by renowned crime reporter Yusuf Abramjee who claimed the woman was assaulted by an officer from the Tembisa South police district.

The person recording the ordeal could be heard panting, as the police officer seen slapping the women approaches the driver’s side of the vehicle.

This woman went to the Tembisa South @SAPoliceService to report a crime…LOOK at what the cop did… pic.twitter.com/wGtlA2vxta

In a harrowing clip that followed, the woman recording the encounter was manhandled by the officers who tried to grab her phone, possibly in a bid to delete the incriminating videos.

And when the cops saw they were being recoded, this followed. https://t.co/vSZYdE6Foy pic.twitter.com/iI21zanCr1

Responding to the backlash that followed the viral spread of these video clips, police spokesperson Lirandzu Themba confirmed that Gauteng SAPS’ inspectorate “has already instituted a departmental disciplinary investigation against the member.”

However, until the woman and any eyewitness returns to the same police station she was assaulted at and opens a criminal case against the assaulter, the Independent Police Investigative Directorate (IPID), who’s also dealing with the Muldersdrift lodge shooting, cannot launch an internal probe in the Tembisa South district.

The @SAPoliceService in Gauteng are calling on the victim and the witness to both come forward so a criminal case against the member/s involved can be opened. The criminal case will be sent to the @IPID_ZA for further investigation. https://t.co/AL2r8LodmO

At the time of publishing, the police had not released information on whether the officer in question is still active on duty.