The suspects were making their way to Lesotho and Eswatini. 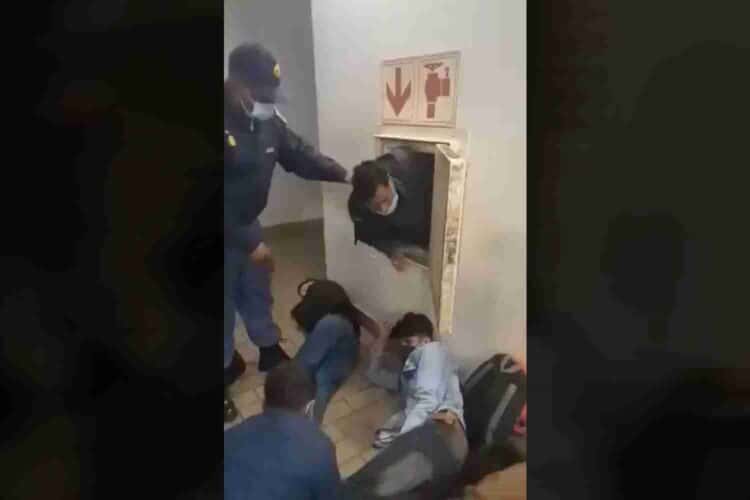 At least eight illegal foreigners from Bangladesh and Pakistan were caught trying to escape into South Africa through the tunnel system at the OR Tambo International Airport, earlier this week.

In a statement released by the Department of Home Affairs, it was established that four suspects were Bangladeshi nationals accompanied by four other Pakistani accomplices.

It was determined that the group had boarded a flight from Doha, Qatar, to South Africa, and had intended to breach past customs at OR Tambo Airport in order to illegally enter Lesotho and Eswatini.

“The police officer who is part of the security at the airport noticed and followed the group. One of them was holding a phone, which meant they were being directed through the airport because they do not know it, as they are not from here,,” Home Affairs minister Aaron Motsoaledi noted.

The illegal foreigners were caught entering the airport’s fire prevention tunnel system but before they could weave their way out of the transit point, and into Johannesburg, police acted swiftly in hauling them out, and the entire ordeal was caught on camera.

The illegal foreigners were interrogated for about eight hours, Mostoaledi confirmed, and it was determined that this was a trend abused by Bangladeshi and Pakistani nationals since South Africa does not have strict transit visa rules.

“This is what they do… and I think they are starting to abuse it. If we had not caught the foreign nationals in time ,they would have continued to go through to Eswatini or even Mozambique,” the minister added.