Using a stained bank note could implicate you in ATM-related crimes, police warn. 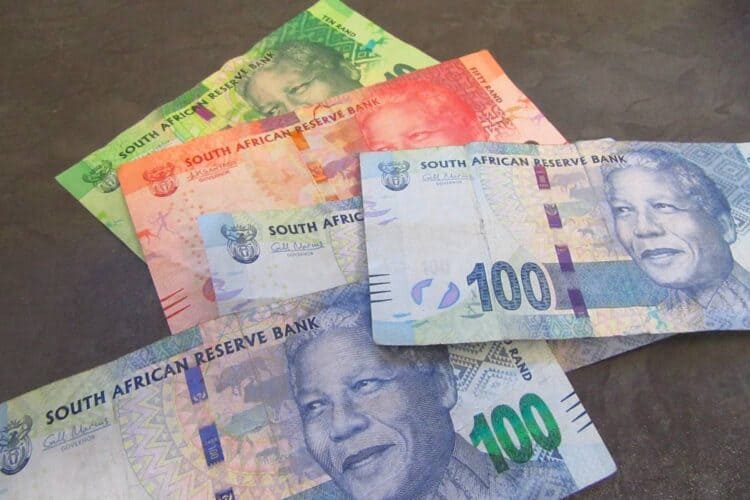 South African police have issued a fair warning on the use of stained bank notes, following a spike in ATM robberies.

Per Pretoria Rekord, citizens in possession of the tainted cash could be prosecuted if the discovery is not reported to authorities.

In a statement, South African police warned customers to “never accept stained banknotes as they have likely been discoloured from ink dye used in security devices such as ATMs.”

The police explained that, in all likelihood, the dye stain is a clear indication of the bank note’s origins. In South Africa, teller machines hold cash in specialised containers that store a distinct ink as a security measure.

If, for example, the ATM is breached, the box releases this ink, marking the bank note with the distinct dye-stain technology which effectively renders the cash worthless currency.

“Once activated, the cash is stained with a green dye thus defacing the notes and rendering them unusable as currency,” the police explained.

For authorities, the appearance of the stained bank notes in the economy is a useful tracing tool used to isolate culprits of ATM heists. If citizens are found with the dye-stained bank notes, they may be subjected to a criminal investigation and, in some cases, arrested on suspicion of involvement in a ATM-related crime.

“People who have these notes make themselves suspects of a criminal investigation that will seek to determine if they were involved in the stealing and unauthorised access of these ATM containers,” the police warned.

Here is an example of what the faulty cash note looks like:

People who come across these faulty notes are encourage to report the matter to police. Unfortunately, there is no guarantee that you will be able to exchange the stained notes for actual cash.