The suspect's identity has yet to be unveiled. 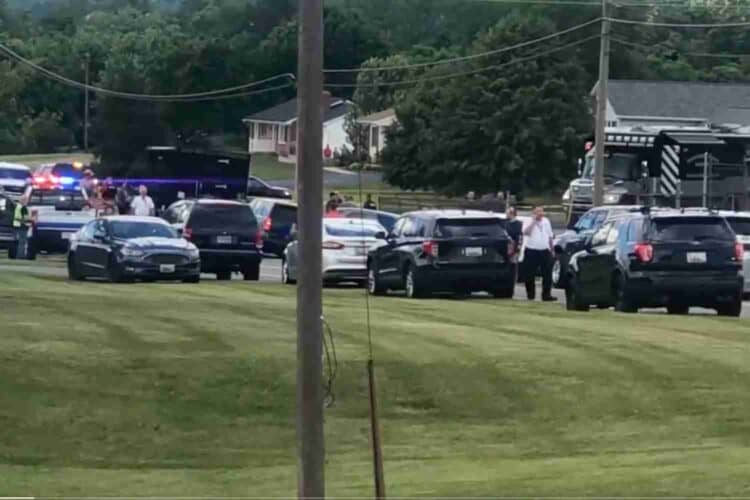 The United States (US) has recorded another mass shooting, this time taking place in Smithsburg, Maryland.

As reported by CNN, Maryland State Police were called to a manufacturing plant at approximately 14:30 (18:30 CAT) on Thursday, where a 23-year-old man had held a siege at his workplace.

According to Washington County Sheriff Douglas Mullendore, the unidentified suspect randomly opened fire at his colleagues, killing three and injuring one other. It’s also believed that one of the responding officers to the active shooting sustained gunshot wounds in an attempt to chase down the suspect.

The rouge factory worker managed to escape the scene but was tracked down by a team of MSP officers about 8km (5mi) away from the plant and another shooting ensued, leaving another trooper injured.

The brief exchange of gunfire ended with the suspect sustaining non-life-threatening wounds. According to Sheriff Mullendore, the suspect, whose identity has yet to be revealed, is under police watch in hospital.

Investigators were still gathering information on the motive of the shooting and, at the time this article was published, no formal charges had been filed against the suspect, but it’s presumed he may face triple homicide and attempted murder.

The victims who were killed in the Smithsburg mass shooting are:

This is the fifth mass shooting recorded in the US in a month, and the 254th this year.

The most recent was the Uvalde mass shooting that claimed the lives of 19 children and two teachers. The suspect, an 18-year-old local of the Texas small town, was gunned down by Border Patrol officers, more than an hour after he’d commenced his invasion of Robb Elementary School.